Why we bought GameStop 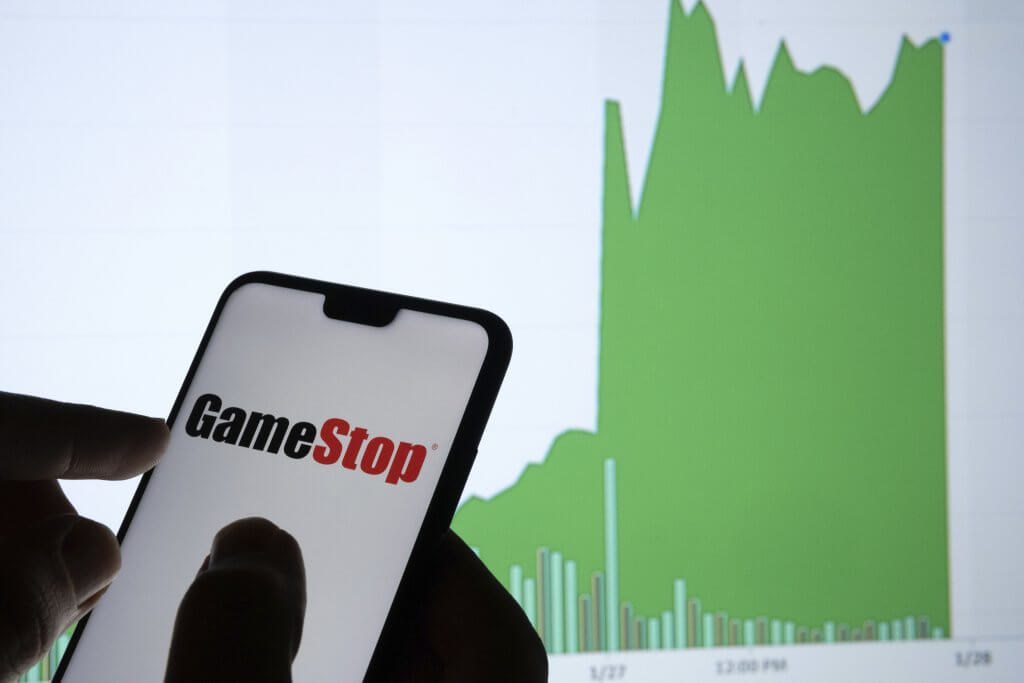 That was the advice from my friend Lou.  I’d just confessed to him my level of anxiety of being in the casino and not really knowing what I was doing at the tables.  I knew the basics of Blackjack but I was no expert.  I’d heard of newbies like me being chastised for ‘hitting’ when we shouldn’t and taking the card that would have helped the next person.  Feeling dumb was one thing.  Being disliked was another.  Playing craps, by Lou’s estimation, was the solution to my concerns. At the craps table, no matter how I played, it would only impact me and not the other players at the table.

Lou wasn’t entirely right.  I came to find that even though the way you play craps doesn’t impact your table mates (unless you’re rolling the dice, and arguably there’s no skill in that), betting the ‘Don’t Pass’ line can make you unpopular.  You’re simply betting against the roller. Your bet doesn’t change their odds of winning or losing.  But the optics of you cashing out when a player rolls a 7 (resulting in the rest of the table losing money)… well, suffice it to say, no one’s offering to buy you a drink.

Hedge funds and other investors do a lot of ‘betting against the table.’  One of the primary ways this is done is with shorts.  To ‘short’ a stock is simply to sell shares you’ve borrowed, with the hopes of buying them back later at a lower price and returning the stock to its owner, pocketing the difference.  There are two reasons an investor would do this:

“Relative Value” strategies and a host of other alternative investment styles fall into a category called ‘multi-factor investing’.   Because of their hedged characteristics, they tend to be relatively low in volatility and uncorrelated with other types of investments, making them defensible assets to add to an investor’s portfolio.

What has arguably gone ‘wrong’ in the case of GameStop, AMC Theatres and others recently is that hedge funds and other investors have taken outsized ‘short’ positions in these stocks.  In some cases, more shares have been borrowed for shorting than actually exist.[1]  In cases where there is outsized ‘short interest’, a large group of small investors (like those in a Reddit group, for example) can band together and buy large numbers of shares of the heavily ‘shorted’ company, driving the price up.  This results in losses for the short-sellers and soon they have to exit their short position in order to stem these losses.  This means they have to buy back the shares to return to their original owner, creating more buying and more price increases.  The resulting tornado of more buying and more losses for the shorts is called a ‘short squeeze’.  This is nothing new.  What IS new is the immense scale of this activity, facilitated by online communities of smaller investors who can act in unison, in some situations badly damaging or obliterating hedge funds.

We investors who sit on the sidelines, largely away from the short sellers and short ‘squeezers’ still feel some impact when such displacement happens.  Market volatility is the natural consequence of new forms of market manipulation.  While some in such Reddit boards as Wallstreetbets are seeking quick profits, others are arguably just investing in these strategies in order financially damage hedge funds.  They see these funds as vessels of money exclusively set aside for wealthy, connected investors.  They make the argument that these funds themselves manipulate markets.  And, at the end of the day, just like the craps player who plays the ‘Don’t Pass’ line, short sellers are natural targets of ill will for taking bets against ‘the table’.

Markets often tend to show resiliency and they eventually self-correct.  Shorting a company will become seen as riskier than before, and when an investment style becomes more risky, fewer will participate in it until upside potential balances out downside risk.  GameStop’s stock price, currently disconnected from any reasonable estimation of the company’s fair value, will eventually regain this connection, either because GameStop suddenly increases its business activity or, more likely, because the price goes back down to near where it was before this ‘short squeeze’ event.

But GameStop wasn’t always priced irrationally. Back in January of 2016, we took a position in GME for our clients.  The logic was as follows:  GameStop was showing ‘return on assets (ROA)’ of nearly 50% higher than other industries in its sector.  At the same time, its ‘price-to-earnings (P/E)’ ratio was about 70% LOWER than the average firm in its industry group.  Certainly, this low price reflected investor pessimism about a brick-and-mortar retailer being able to compete in the ‘Amazon economy’.  But there were a number of plausible ways that the company may be able stay afloat for some time, and the ‘Free Cashflow’ generated by the company (money that can either be used to grow operations or returned to shareholders as dividends) was substantial.  We saw the company as an opportunity to collect a 5.7% dividend while potentially realizing some stock appreciation in the event the company was able to successfully pivot to a more competitive stance for the future.

During 2016, the price of GME increased.  By the end of the year, though, some of the fundamental factors we used to justify the purchase had deteriorated, and in December of 2016, we liquidated the position for a price close to what we had purchased it at in the beginning of the year.  The routine (arguably ‘boring’) nature of the stock’s performance over that time period make its status as a ‘meme stock’ today seem all the more surreal.

All of this is to say two things.  First, beware looking at the market as a casino.  When things start trading at prices with no tangible connection to value, some players will win, and others will lose.  In the case of the casino, more losing will happen than winning, thus keeping the casino in business.  In the case of the market, the deeper pockets usually win.  Second, sticking to investment strategies that are tied to a fundamental understanding of how earnings are generated, and a frank assessment of the risks involved is a much more reliable way of coming out ahead in the long term and lessening the impact of unforeseen shocks in the short-term.

DISCLAIMER: The foregoing content reflects the opinions of Penobscot Financial Advisors and is subject to change at any time without notice. Content provided herein is for informational purposes only and should not be used or construed as investment advice or recommendation regarding the purchase or sale of any security. There is no guarantee that the statements, opinions or forecasts provided herein will prove to be correct.

Please note, in this article we discuss GameStop Corp. [GME (NYSE)] in order to contrast how we analyze and select investments compared with the frenzied approach that many investors have taken in recent days. This is not a recommendation to buy, sell or hold the security, nor is it intended to highlight a particularly profitable or non-profitable investment decision. Investing involves risks, including the potential for loss of principal. There is no guarantee that any investment plan or strategy will be successful. Please contact us if you would like to see a complete list of investment recommendations made over the past year.

[1] The simple explanation for this is that shares that have been shorted (borrowed and sold to someone else) may again be lent out for shorting.  A more comprehensive explanation can be found here.