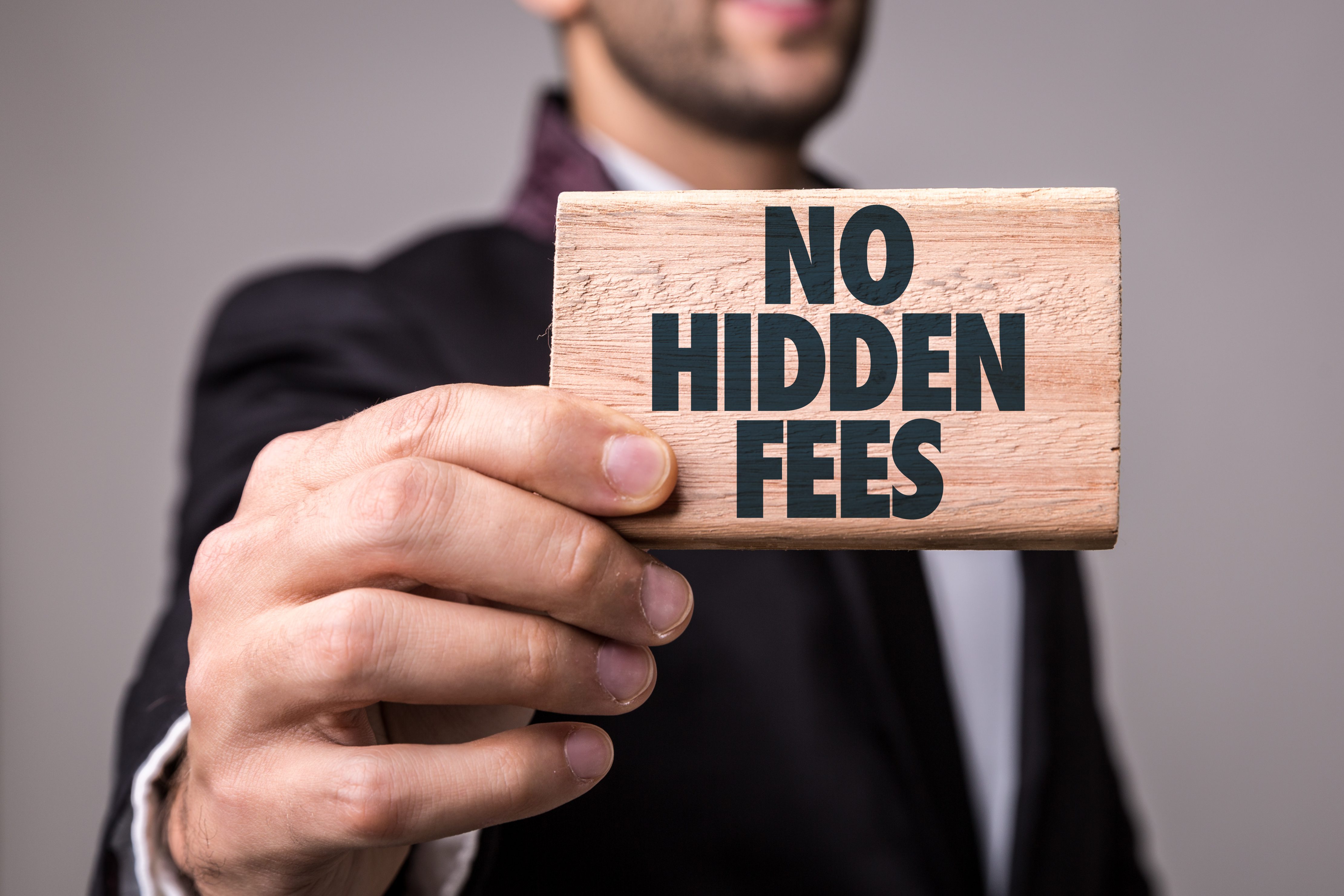 Personal finance is complex.  At least I hope it is – I’d hate to think I’ve dedicated my career, many years of schooling and untold hundreds of continuing education hours on something overly simplistic.  Most people who hire a financial advisor are doing so to knock some of that complexity onto someone else’s plate.

Isn’t it ironic, then, that the simple question of how you pay that advisor can be one of the muddiest areas of personal finance?

In order to comprehend some of the dynamics around how advisors get paid, it may help to go back in time to the early days of the financial planning ‘industry’.  Those days weren’t too long ago, as personal financial planning is actually a younger discipline than many folks think.  Personal financial planning wasn’t much in demand when most people’s financial lives involved working for an employer, reaching retirement age, and collecting a pension and Social Security.   Financial planners existed for the uber wealthy or for corporations, where they held the title “Chief Financial Officer”.

401(k) accounts really didn’t become a part of the landscape until the 1980s, and with them came the additional risk and complexity of individuals taking their retirement funding burdens upon themselves.  Until then, people generally relied upon accountants for much of their financial guidance. For for those who did have the means to invest, bankers and stock brokers filled that role.  With the new dispersion of assets resulting from the boom in personally-directed retirement savings, insurance companies took note, creating retirement plan vehicles and hybridizing insurance contracts with investment capabilities.

The early Financial Planning outfits of the 80s and 90s were largely the creation of insurance companies who saw providing financial advice as a way of illustrating the need for their products.  At the same time, mutual fund companies began to grow in popularity and stockbrokers and insurance agents both took note of this.  Early mutual fund shares would sell at roughly an 8.5% sales load, and insurance companies, taking note of a new potential revenue source, started “Broker Dealer” firms through the National Association of Securities Dealers (NASD), which later became the Financial Regulatory Authority (FINRA).  Soon, their agents were being touted as ‘financial advisors’ or ‘financial planners’, working for the most part to uncover the need for insurance and securities products, and to make the appropriate sales of those products.

As people faced more complex planning needs, a marketplace for advisors who did not sell products but rather provided fee-based advice developed.  There was no reason that the existing advisor community couldn’t provide this type of service as well, so many of them offered it up, either charging fees for planning or charging for managing assets.  Since neither of these required the brokering and dealing of securities, a different regulatory scheme applied to these services, overseen by the Securities and Exchange Commission.

What emerged from this was essentially the place where I entered the financial planning world:  the era of the ‘Hybrid Advisor’.  Different regulators oversaw our activities:  State insurance commissioners over the insurance business, NASD (FINRA) over the brokerage of securities and the S.E.C. over fee-based securities advice and management.  It wasn’t rare for one client to be in all three of these categories, with the advisor receiving insurance product commissions, securities commissions AND advisory fees for either financial planning services or asset management.  Usually fees and commissions weren’t charged on the same assets… but sometimes, they were![1]  A problem that became readily apparent with this model was the difficulty clients faced in really understanding how their advisor was compensated.  I personally recall conversations with clients where, despite my attempts to be as transparent as possible about my compensation, the conversation about it seemed to confuse clients even more. 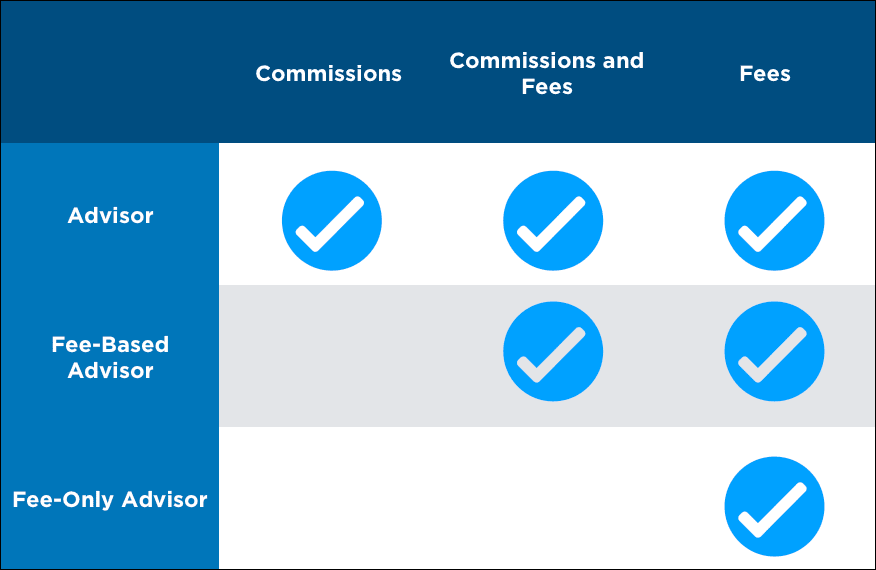 Apparently, numerous advisors became sensitive to this issue, because what grew out of it was an increasing interest in the concept of ‘fee-only’ advisory services.  It seemed so simple.  Just charge clients a fee for the services, don’t accept commissions, and now we have a model that serves the client’s need for transparency and simplifies the relationship for all.

Complicating the matter is the fact that some advisors had clients that they worked with only for a fee, while they did commission work for others.  Others only did fee-based work, but the potential conflict in existence was the fact that they were still licensed to receive insurance commissions or brokerage commissions at any time.  Lastly, was someone who passed his clients along to a family based real-estate firm actually fee-based if he benefited financially from sending clients to that firm?

The term “Fee Only” became gradually more restrictive in the worlds of financial advisor designation groups and associations, most prevalently the Certified Financial Planner® Board of Standards and the National Association of Personal Financial Advisors.  In order to self-identify as Fee-Only, an advisor associating themselves with either of these entities must not only receive no commissions, they cannot even be in a situation where they could receive commissions.  In other words, such advisors could not have an agency designation from an insurance company, nor be a representative of a broker-dealer, even if they didn’t have the intention to process any business through those entities.

For what is still the majority of the industry, many advisors will refer to themselves as ‘fee-based’, rather than ‘fee-only’, allowing for at least occasional compensation from product sales.  This seems to be okay with regulators, although it carries a self-evident risk of confusing the situation further.

One advisor equates brokers and agents as ‘butchers and fishmongers’, while equating fee-only fiduciaries with ‘dieticians’, and I think this is an apt set of comparisons.  If I want to get a great piece of steak for my dinner, I’m likely to go to Al, the butcher.  Al likely knows more than anyone else about steaks and will happily sell me the best one he’s got.  What he won’t do is to tell me that I really shouldn’t eat so much steak and send me to Lucinda, the fishmonger.  That’s really the job of my dietician.  She would be expected to let me know how much meat and fish (oh, and veggies and starches) I should be including in my diet and in what balances.  It’s important to point out that once she makes her recommendation, I still may very well go to Al or Lucinda – or to Leslie’s Veggie Stand – to acquire my food.  What I would NOT like, however, is to find out after laying out a comprehensive diet plan for me, that Lucinda the fishmonger has compensated my dietician in some way to steer me to buying fish from her.

And that’s why we’ve come down to being, quite simply, fee-only fiduciary advisors.  It fits our role, and helps us to maintain as high a level of transparency and as low a level of conflict as possible.  Candidly, no arrangement eliminates all conflicts.  Even ‘fee-only’ advisors face conflict.  If charging by the hour, there is incentive to delve into areas that may not be terribly important to a client in order to pad fees.  If charging by the assets under management, the advisor may be conflicted when asked by a client if they should take out assets to pay down a mortgage.  Frankly, however, we see these conflicts as being a lot more easy to anticipate, disclose, and overcome than those involved with murky compensation arrangements.

And importantly, there is still a crucial place for brokers and insurance agents (our butchers and fishmongers) in all of this.  Once a need for a financial product has been identified, someone needs to fill that need.  Brokers work hard at making a market for the securities we use.  Insurance agents are uniquely qualified to know all of the underwriting nuances, and to bind the most appropriate insurance to the need of the client.   Frankly, a lot of ‘fee-only’ advisors are inaccessible to a great deal of the public who could benefit from their services, because of high minimum asset levels or astronomical fees.  Lower-income consumers end up patching their own advice together, often with help from the one resource that WILL work with them – the salespeople in the financial world.[2]

The problem, as the creator of ‘the butcher and the dietician’ parable succinctly puts it, is that MOST PEOPLE THINK THEIR BUTCHER IS A DIETICIAN.

[1] This is still often the case: Mutual funds sometimes layer an internal fee called a 12b-1 fee.  This fee usually passes directly to the brokerage house that holds the fund for the client.  They can often pass this on to the advisor as long as it is disclosed.

[2] Some true ‘fee-only’ advisors are helping with this by providing income-based subsidies based on income.  Others are trying to help by making pro-bono services available to particularly at-risk members of the population.  We hope this is the way of the future.