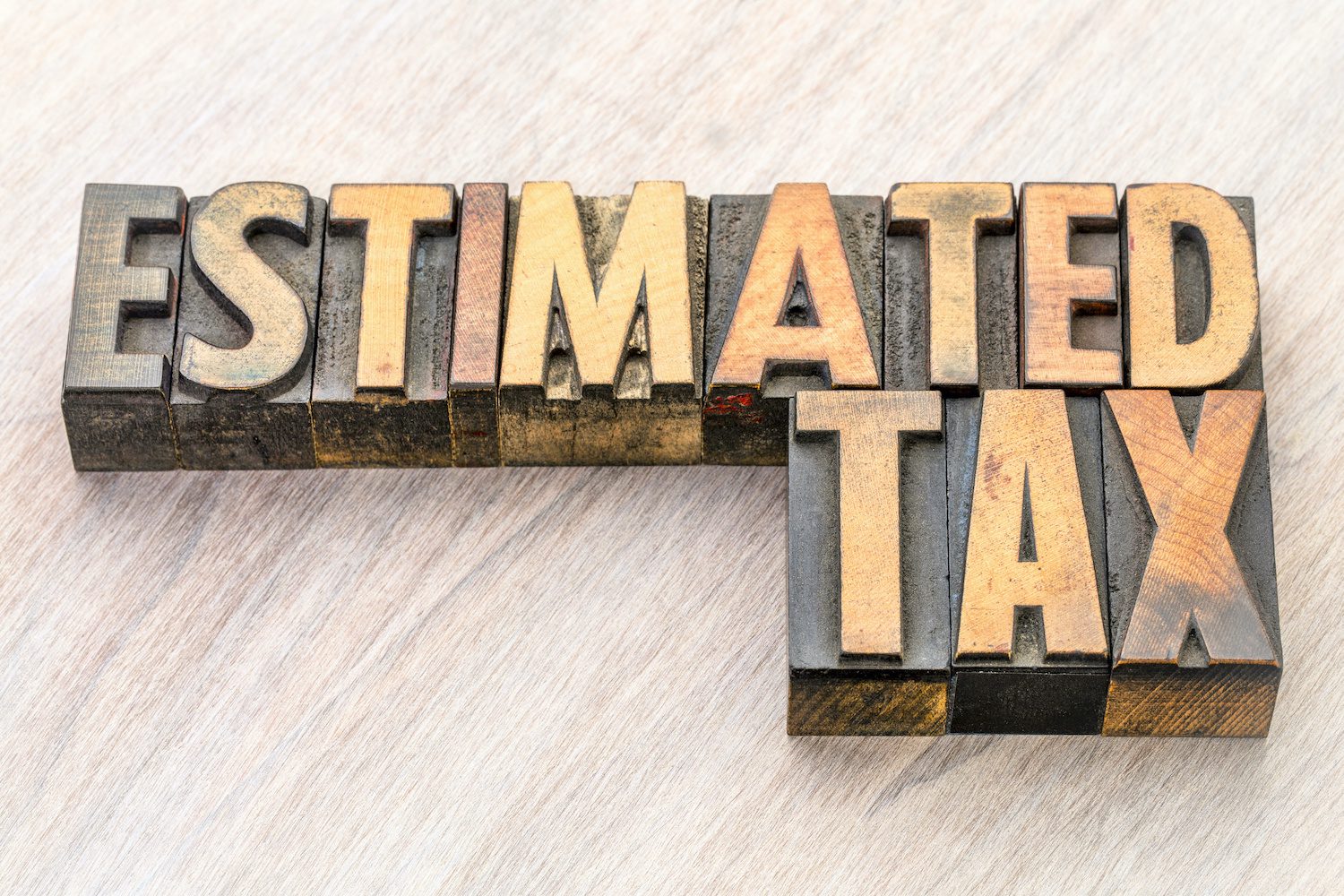 But for folks who have income other than their salary, they are receiving all the taxable income without having those taxes withheld.  This includes income from:

So… you have income from a source where taxes aren’t withheld.  You’re probably asking yourself…

Do I need to pay estimated taxes?

The somewhat convoluted answer is:  IT DEPENDS.  But it’s worth understanding what it depends on, because if at filing time, you have not paid enough income taxes through withholding or quarterly estimated payments, you may have to pay a penalty for underpayment.

To determine whether you need to make quarterly estimates, answer these questions:

If you weren’t able to answer YES to any of those questions, you’re likely going to need to do estimated payments in order to avoid an underpayment penalty.[1]  Being in Maine, it also should be pointed out that certain fishermen and farmers have lower requirements for estimated payments – they should check with their tax pro.

How do I know if my withholding is enough?

The first step is to have a good estimate of what kind of taxable income you’ll receive during the year.  If you have investments that are substantial enough to run you into the estimated tax requirements, it’s often a good idea to check with your advisor or investment manager for their opinion on how much you’re going to be realizing in capital gains and dividends during the year.  While they may not be able to give an exact number until after 12/31, they should be able to get you an estimate.  Similarly, if you are self-employed, they can come up with a conservative estimate of what you’re likely to make during the year.

Many accountants will provide you with an estimate of what your tax liability will be in the upcoming year – and the especially good ones will call out the need to do estimated payments and include the vouchers with your tax return.  There are also online tax estimators from the IRS and SmartAsset.

Check your W2 withholding- any withholding on existing retirement plan distributions can be added to the estimated payments you’ve already made.

Which estimated tax method will work best for me?

Given the choices available, simply making sure you’re withholding and/or making estimated payments equal to 100 percent of the prior year’s income tax (again, 110% for those making over $150k), is the easiest way of complying.  However, that’s not necessarily optimal if you had a much larger income last year than you expect to have this year (because you may be withholding way more than you need in that case).  In such a situation, using one of the above resources to estimate your liability, and shooting to pay in at least 90 percent of that amount is the best bet.

Other options are available, too – including increasing withholding on regular income or retirement distributions throughout the year, or applying last year’s tax refund to the current year’s liability.  This can be more convenient than needing to keep up with estimated quarterly payments.  As long as the tax liability is being met in a timely way, it’s not likely to result in underpayment penalties.

How much are the penalties for underpayment?

Generally, the underpayment penalty is .5% per month, up to a maximum of 25%.  That works out to a 6% annualized rate.  In the past, we’ve worked with people who opt to pay the penalty to keep money invested in high-returning assets, but that is a less-frequently-seen phenomenon now with interest rates being quite low.

Should I pay in equal amounts?

Generally, your accountant (or tax software) will create vouchers to pay the estimated taxes in equal amounts for the four quarters.  These payments come due April 15, June 15, September 15 and January 15 of the following year.  But if your income doesn’t come in evenly during the course of the year (example:  you sell a rental property at a gain in August), the expectation is that the estimated taxes should be paid on the next payment due date.

Business owners should keep in mind that, in the case of an “S-corporation” (one whose tax liability passes through to the owner), the tax liability is created when the organization makes the money, not when it’s distributed to the owner.  Keeping up with the company’s progress and distributing enough to pay taxes during the year makes the most sense in that case.

Often, tax preparers (and especially online tax prep programs) will assume that estimated taxes are necessary and print up vouchers even when, in fact, there will be no estimated tax payment necessary.  Keep in mind that the presence of these vouchers neither indicates that you need to make these payments (nor does it guarantee that the payments you do make will be adequate to cover your tax liability).

If you apply for an automatic extension to file your taxes (until October 15), keep in mind that you may still need to make estimated tax payments for the following year up until that point.  If you wait until your prior year taxes are finalized, you may miss the April, June and September estimated payments!

[1] There are some exceptions, including becoming disabled, retirement, and being unable to make a payment due to a natural disaster… but these are rare.