Everything you don’t know about FDIC coverage. 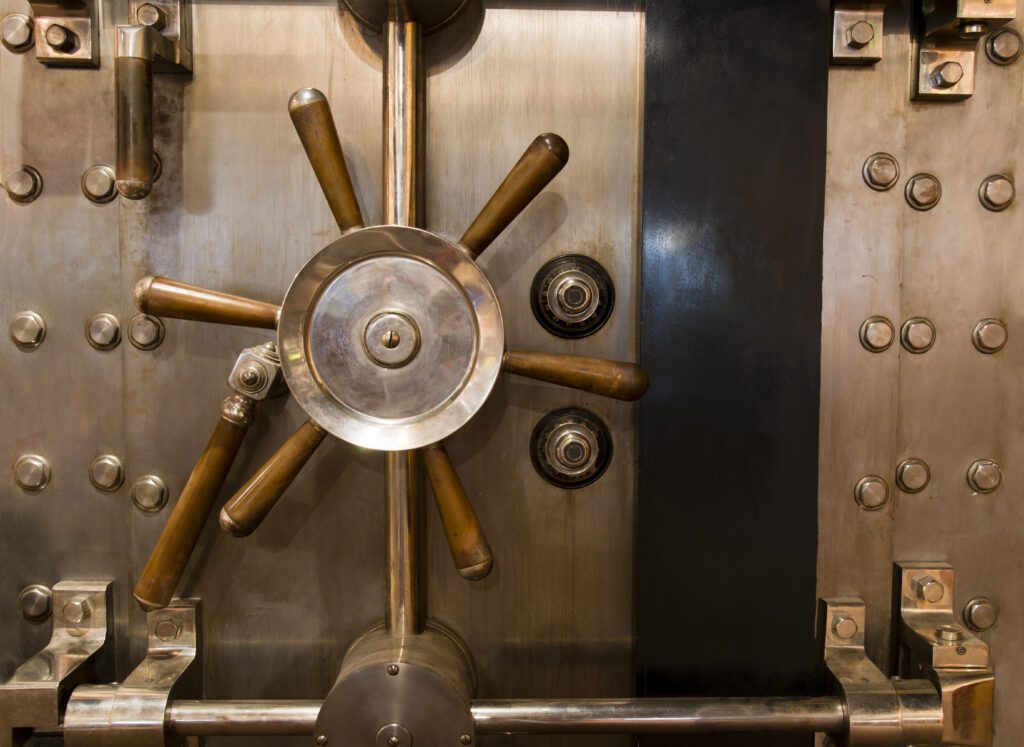 “Like money in the bank.”  That phrase has become synonymous with the height of safety – as much of a sure thing as can be had in life.  Most people alive today have never experienced a ‘run on the bank’ and, as such, we look at banks as being the paragon of safe-keeping for our dollars.

But, as most people know, when you bring your money to the bank and let them hold onto it, it doesn’t exactly sit in that big vault out back. Banks, depending largely on their size, are only required to hold on to 0-3% of money deposited by customers.  Instead, the money is lent out, usually to people who have been vetted as good credit risks[1].

In other words, bank deposits are a lot like investment-grade bond ownership, but for two very important distinctions:

There is one primary reason for both of these distinctions – and that reason is the Federal Deposit Insurance Corporation (FDIC).  Since 1933, the FDIC has been there to protect depositors should a bank get in trouble.  Knowing such a protection is in place makes people sleep sounder, feel happier and makes it less likely they’ll run on the banks in the first place.

This structure was tested in the 2007-2008 Global Financial Crisis… and it withstood the challenge.  FDIC coverage went from $100,000 per depositor to $250,000 per depositor temporarily.  Later, in 2010, it was decided that the temporary increase would be made permanent.

FDIC insurance helps banks to ensure that even if they get into a bind, their depositors can take their money out at any time.  Also, since banks pay for FDIC insurance, these premiums come out of what you the depositor might otherwise receive (assuming the bank felt it was making adequate money), resulting in lower returns than similar risk-profile bonds.

There are common misconceptions about FDIC insurance.  As a result, I frequently run into people who think they are fully covered, but aren’t.  Sometimes, I also talk to clients who think they aren’t covered but really are.

First, the $250,000 is per depositor, not per account.  Joint accounts receive $500,000 of coverage – and since different ownership ‘categories’ are seen as different depositors, a person can be covered both individually and jointly.

Since each bank purchases its own FDIC insurance, one way of handling the risk of being uninsured is to spread money across different banks.  A particularly good saver who has $1 Million in savings, for example, might deposit $250,000 in each of four different banks.  One downside to this is the obvious complexity that arises, and the need to shop deposit rates at a number of different institutions. Fortunately, the world of internet banking has made that a bit easier, but still there’s the issue of researching institutions and arranging the logistics of moving money.

One potential solution is to use FDIC-Insured Agency Pass-Through accounts.  These services essentially aggregate a long list of banks from across the nation and deploy assets across as many banks as necessary to get full FDIC coverage.  From a client standpoint, there is the need to only open one account, making it easier, and a benefit is that the yield can be significantly higher than with local banks, as algorithms search for the highest possible return.

We make such services available, but it’s also not an unimportant consideration that the FDIC insurance and the daily liquidity both end up costing you return.  If a 5-year CD returns 3.2% and savings account returns 1.5%, you are essentially paying 1.7% for liquidity you may not need (even if you feel you do need the FDIC insurance).

At the end of the day, the same principles of cash management hold true – don’t lock up assets you need, don’t risk assets you might need soon, and maintain at least six months of expenses in ready cash.  But, for folks who need to keep more cash, there are ways of making sure that’s done safely… without walking from bank to bank during mud season!

[1] For a very eloquent description of how this process works, refer to the educational video called “It’s a Wonderful Life”.  Jimmy Stewart (as George Bailey) delivers a very cogent explanation to the people of Bedford Falls who have, in fact, staged a run on the bank.