By James BradleySeptember 3, 2020May 6th, 2021PFA Ponderings
No Comments 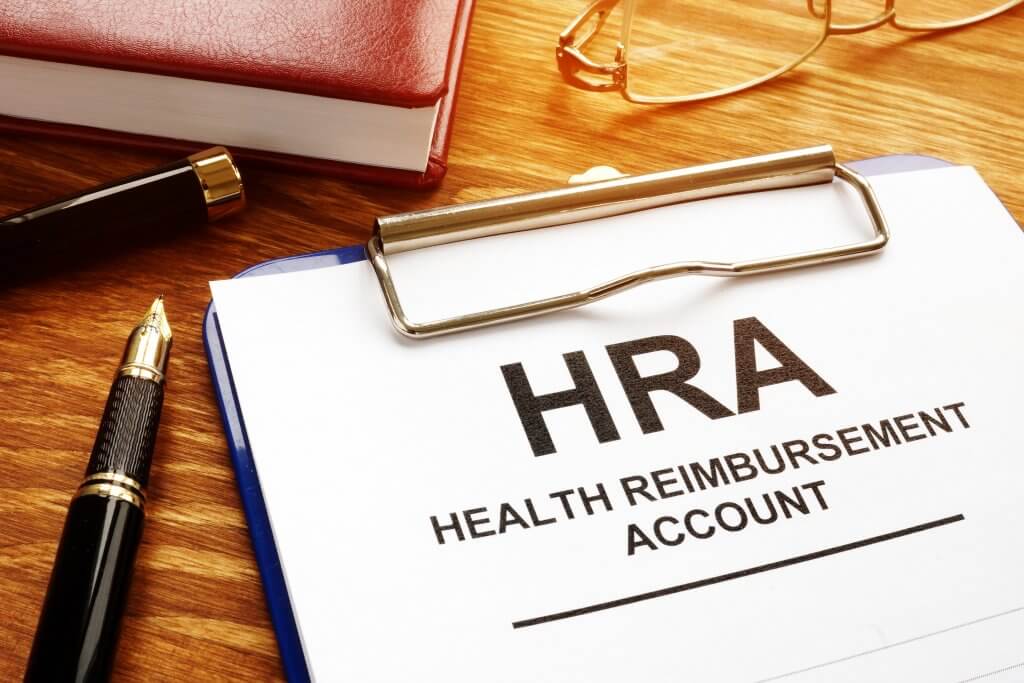 Under the Affordable Care Act of 2010, Health Reimbursement Accounts – or HRAs – joined an already complex alphabet of healthcare funding options that exist for employees and business owners.  HRAs are possibly the least understood of these because, for a lot of reasons, they have been used relatively scarcely.  New regulations put in place under the Trump administration make it likely people will see more of these plans, and University of Maine System retirees will certainly become acquainted with them very soon.

Formerly known as “Health Reimbursement Arrangements” to emphasize the lack of an actual account with titled assets, HRAs were set up as a way of making it easier for employers to be able to ensure their employees had access to healthcare coverage.   HRAs gave tax benefits to employers who funded part of their employee group plans and provided for some degree of ‘consumerism’ in employee relationships with healthcare spending.

Importantly, HRAs at the time had to be linked to a qualifying employer GROUP health plan.  But in 2016, legislation was passed that allowed for smaller employers to offer Health Reimbursement Accounts to employees who were covered by individual health plans, and these arrangements became known as Qualified Small Employer HRAs – or QSEHRAs.

QSEHRAs suffered from significant limitations that brought about situations where employers were paying surcharges and fines for incorrectly using them, and this situation led to new legislation under the Trump administration in 2019 focused on widening their use and further removing restrictions.  What resulted was the Individual Coverage HRA, or “ICHRA”.

ICHRAs, given their wider range of use and flexibility, are starting to become much more common.  The Department of Health and Human Services projects that nearly 800,000 employers will implement them once the new rules are fully absorbed.[1]

Since there are already a lot of acronyms floating around, it’s important not to confuse HRAs with other programs many more employees have become familiar with.  Most significantly, Health Savings Accounts or HSAs have a lot of similarities, but are, in fact, very different.  HSAs accept employee contributions and can be started by most any individual in a Qualified High Deductible Plan.  HRAs, on the other hand are funded entirely by the employer.  HSAs actually contain money that is beneficially owned by the participant.  An HRA, by contrast doesn’t really contain assets, but rather is a limit to how much an employer will reimburse qualifying costs.  That limit can roll over to a future year, but the money cannot follow an employee to another employer.  If not spent, it still belongs to the employer.

FSAs or Flexible Spending Accounts have been around for the longest time and afford employees to purchase things like glasses and non-prescription medications with pre-tax dollars, which generally must be used during the year of contribution or they are forfeited.

PROPER USE OF HRA DOLLARS

Health Reimbursement Accounts, as their name implies, serve to reimburse employees for expenses.  Unlike a Health Savings Account which can distribute money directly to a medical provider, people with an HRA do need to pay out-of-pocket for premiums, deductibles, procedures and prescriptions up front, and then submit for reimbursement.

HRA proceeds can only be used to reimburse the actual plan participant – so they can’t, for example, be used to reimburse for costs of a spouse’s insurance or care.  If both spouses have their own HRA and share a spousal insurance plan, distributions from the HRAs must be coordinated so that there aren’t duplicate reimbursements for the same costs.

WHAT CAN BE COVERED?

The good news is that the HRA can reimburse for a very wide range of medical and dental expenses.  The official word on what IS covered is determined in IRS Publication 502.  For most people, the majority of reimbursements will be to cover the policy premiums on policies.  For UMS retirees, this includes the policy premiums, deductibles and copayments related to their Medicare Advantage Plans, Medicare Supplement Plans, and/or prescription plans.

Not included as reimbursable expenses include cosmetic surgery and dentistry, gym memberships (with some exceptions), maternity clothes and non-prescription medicine.

From the standpoint of the employer, an ICHRA (again, that’s an HRA provided for individual – not group – health plans) provides the benefit of relatively low levels of restrictions and the ability to control costs.  Simply put, from an employer’s perspective, their costs are capped at the amount they make available in the HRAs they offer.

Employees (and retirees) using an ICHRA with individual coverage do have some benefits, including

Of course, it’s not all better.

PART OF A TREND

In the past 40 years, since the advent of the 401(k) and other ‘defined contribution plans’ and the gradual disappearance of ‘defined benefit’ pension plans, employers have not abandoned their role in providing financial security for employees, but they have transferred a lot of the administration and risk over to the employee.  This has had a positive impact on some (but not all) employees and has vastly broadened individual participation in capital markets.  Over time, fiduciary regulations have emerged that have arguably made the investment world a more ‘friendly’ place for all participants.

In the same way, the upcoming months and years will likely result in big changes to health plans sponsored by employers.  Risks and decision-making will rotate from the employer to the employee.  While this will certainly cause discomfort (change is never easy), the optimist would look toward the possibility that ICHRAs will create a higher level of consumerism and advocacy in the healthcare markets.  Hopefully, over time, this will have a favorable impact on health costs and delivery overall.