How I rescued Social Security. (And you can, too!) 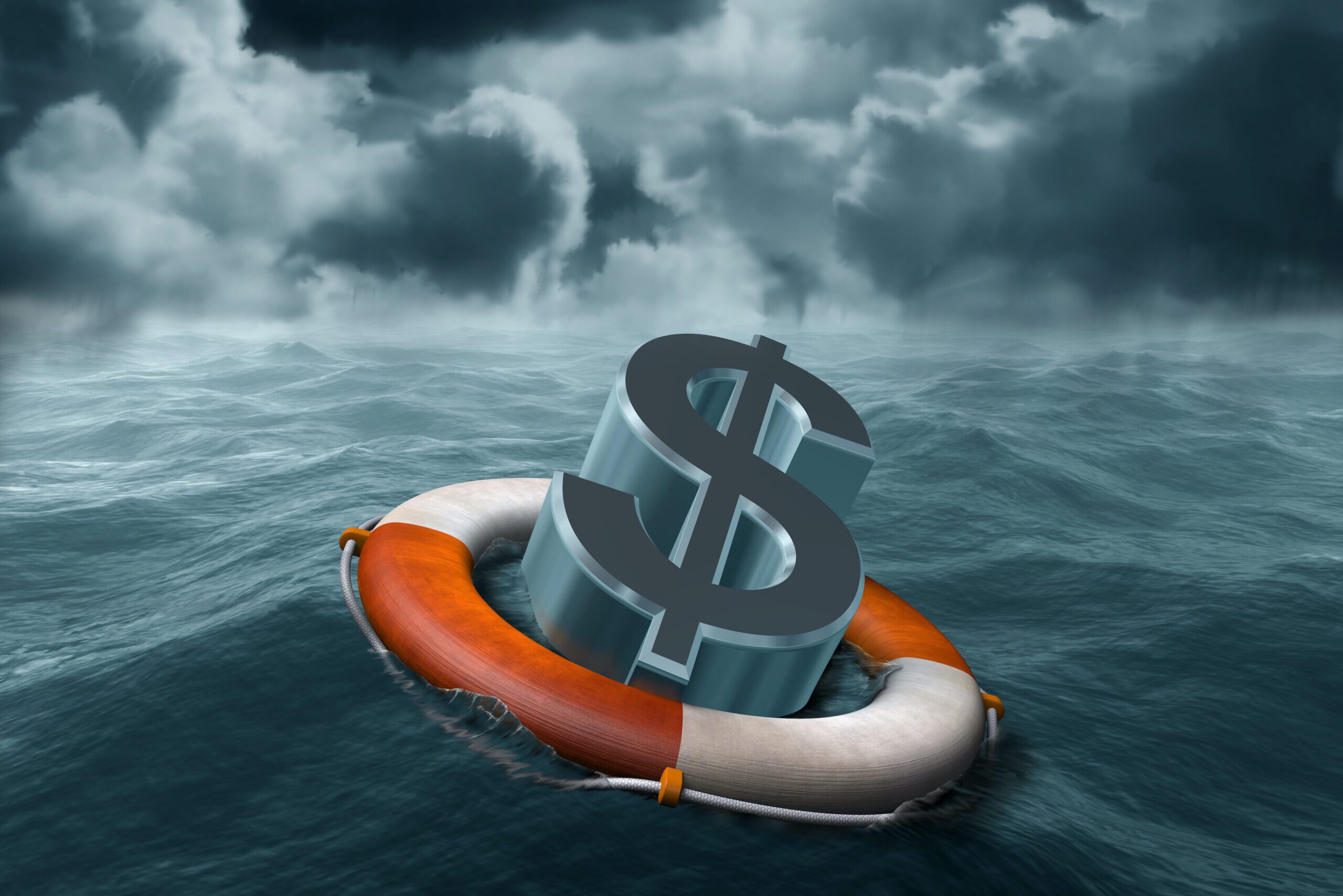 Most American citizens have not experienced a society without Social Security.  We take largely for granted a system that nudges over 10 million seniors above the poverty line; one that, for 1 in 4 seniors, provides 90 percent of the income they rely upon for food and shelter.

QUESTION ONE:  What did elderly people do before Social Security was implemented?

The visual this conjures with me comes from Willy Wonka & the Chocolate Factory:  Two sets of grandparents living in one bed in the living room of their working age child.   That’s probably not far off from the scene in many households.  Sadly, 1 in 2 seniors was impoverished before Social Security was enacted.  Those who survived to a ripe old age largely relied upon family, church, and state welfare services for their survival, or simply worked until they literally dropped.

QUESTION TWO:  Knowing this, why are we allowing Social Security to become dangerously underfunded?

When I entered this field in the late 1900s, we were already aware of the fact that Social Security was going to run into financial trouble without some repairs.  In the quarter century since I started, the repairs enacted have amounted to almost nothing.  Outside of a couple of arguably abusive loopholes being eliminated, nothing of significance has been done.

There are lots of places to point fingers, but the biggest villain in the Social Security ‘problem’ is simple demographics.

Social Security isn’t like a 401(k).  Money you put aside doesn’t go to you.  Rather, it’s used to fund benefits for people currently taking distributions (Don’t worry – look at the younger people out there… they’ll be paying for your distributions someday.  Hopefully.).  Back in the 1930s, a lot more people were working than were eligible to collect Social Security benefits. Some estimates are that workers outnumbered Social Security recipients by 40 to 1.  By the 60s, that ratio was 5-1, and was still adequate to not only pay out benefits, but to put some aside for a rainy day in what is known as the Social Security trust fund. Today, however, that worker-recipient ratio is closer to 2-1.  That’s inadequate to pay out benefits… but why is this number changing?  Three main reasons:

That Social Security Trust Fund is commingled with the general US treasury reserves. It is invested conservatively in special issue Government bonds.  In 1983, under guidance from not-yet-Fed Chair Alan Greenspan, the fund was given a boost through tax increases that were meant to carry the fund for the next 75 years.  What taxes couldn’t cover, interest income on the trust fund made up.  Until it didn’t.  Lower interest rates in the 2000s proved Greenspan’s scheme inadequate and last year, in 2021, the outflows finally started to exceed both taxes and interest.  Now the trust fund is no longer going up in value.  It’s going down.  When it reaches zero, only money being paid into Social Security though payroll taxes will be available to pay out.  And that’s only enough for about 80 percent of the liabilities.

Can we blame COVID, too?

It’s still to be seen, but the pandemic started out by straining the situation further.  People got wildly unemployed and stopped paying payroll taxes.  Then everyone got re-hired and a bunch of people, particularly older people, sadly died from the pandemic. That actually helped to slightly relieve the strain on the trust fund.  But now, with the “great resignation”, we’re back to fewer people paying in.  As a result, we’re circling the drain a little faster.

How can it be solved?

First, I think it’s important to say this:  SOCIAL SECURITY IS FIXABLE.  The shortfalls, while massive in absolute dollar terms, can be fixed with relatively mild changes.  Unsurprisingly, these changes involve:

The Committee for a Responsible Federal Budget, a non-partisan, non-profit organization committed to educating the public on high-impact fiscal issues, has created a neat calculator that allows users to work out their own fixes to social security by maneuvering revenue and expense items and getting an instant look at projections that result.  You can access this tool they call ‘The Reformer’ here.

After playing with The Reformer for a while, I eventually selected enough revenue and expense items to successfully get the tool to project Social Security Solvency for a 75-year period into the future and beyond.  How did I do it?  Here are the items I selected:

Here’s how I would rescue Social Security 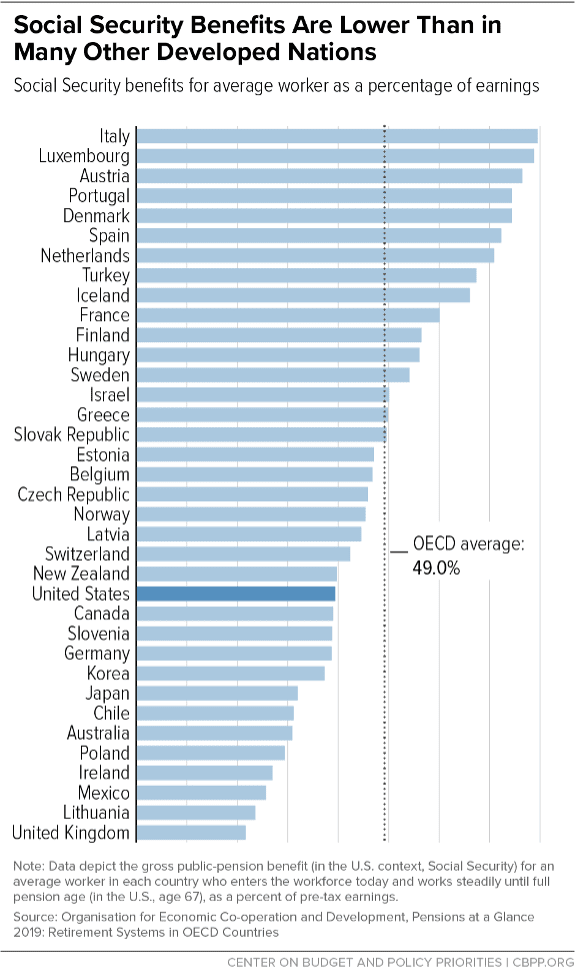 So, that’s it.  Those are my recommendations.  At least they were when I went through the options available on the Reformer.  The more I play with this tool, the more other options come into and fall out of my scenario.  The point is, there are a huge number of ways Social Security can be shored up for generations to come.  What’s important is that every year that passes without reform, these seemingly minor steps will need to become more draconian.

What if we were to put together a few of these, and take a national ballot on which combination people want?  Would taking it out of the realm of elected policy makers let us collectively find the choice most people want?  Seems important enough an issue to tackle.  I, for one, don’t want to go back to the days of four-people-to-a-bed, hoping for a golden ticket!

[1] This exact solution was recommended by the bipartisan Simpson-Bowles fiscal Commission report in 2010.

[2] There is, additionally, a 2.9% tax for Medicare, which does not have an income cap.  Medicare is in trouble, too.  Maybe more so than Social Security.  But that’s a topic for another blog.

[3] Don’t confuse this with an idea batted about in the 90s and 00s about privatizing Social Security and assigning people investment accounts.  Solely my opinion, but that’s a horrible idea.  Read Paul Krugman’s Arguing with Zombies for a number of good op-eds on the topic.