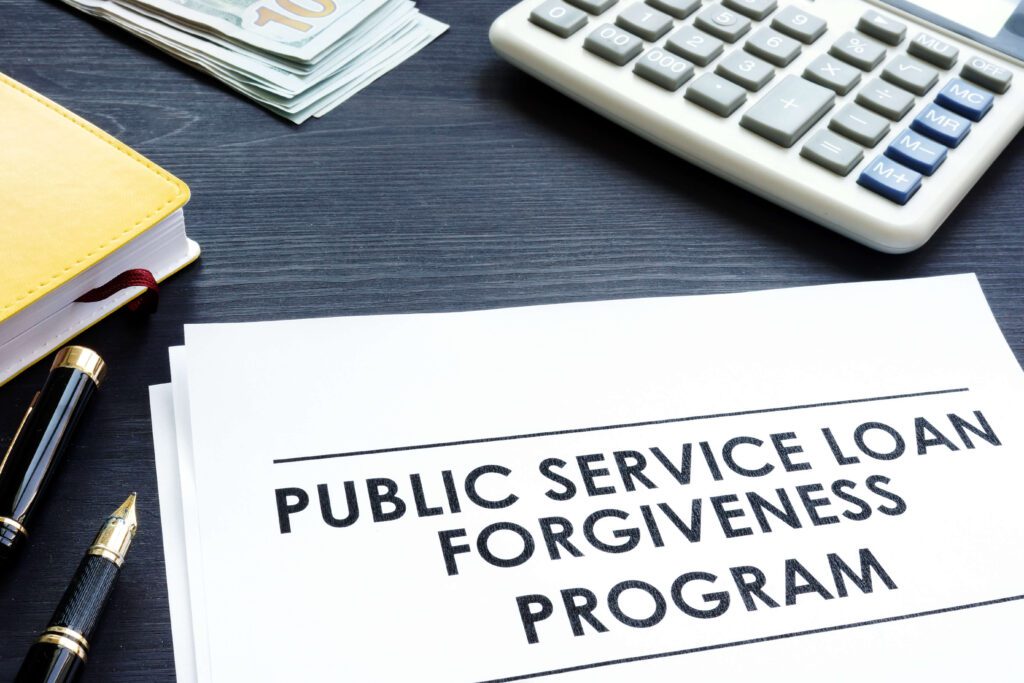 I was at a family wedding this summer and overheard a conversation between two relatives who happen to be in the nursing field.  One was starting her career after graduating from college, and expressed the interest to take a job in public service because she wanted to become eligible for loan forgiveness.  The other warned her against it.  “It doesn’t work.  Everyone I know who has applied for forgiveness has been rejected”, said the other.

So we need to talk about this a whole lot more.

WHAT IS PUBLIC SERVICE LOAN FORGIVENESS?

The Public Service Loan Forgiveness (PSLF) program is a United States government program that was created under the College Cost Reduction and Access Act of 2007 (CCRAA).  This Act was passed to lessen the student loan debt burden by giving borrowers a chance at forgiveness by working full-time in public service.  PSLF is better than other forgiveness programs in two ways:

Since it came into being as a part of this 2007 act, and PSLF cannot be achieved in fewer than 10 years, it’s only recently that applications for forgiveness have begun to be filed.   Given the huge rejection percentage, and the understandable frustration that people have when they think they’re on-track for forgiveness and find they’re really not, congress has been looking into making compliance easier.

HOW DO I QUALIFY?

A lot of things have to line up for Public Service Loan Forgiveness to occur, and missing even one item will result in a disapproved application.  All of the following NEED to apply:

Let’s go through these in a little more detail:

While PSLF can be achieved in as little as 10 years, it has nothing at all to due with the passage of time.  Rather, the rule is that 120 ‘Qualifying Payments’ need to be made.  These don’t need to be consecutive, so you can take a break from Public Service sector work and still not lose credit for qualifying payments you’ve made in the past.

Payments need to be made under one of three programs:

THE RIGHT KIND OF JOB WITH THE RIGHT EMPLOYER

Generally, any full-time job (with full-time being defined as 30+ hours/week) with either a Federal, State, Municipal or Tribal employer or a 501(c) (3) non-profit will qualify. You have to be in this employment when making payments in order for them to qualify.

This is where a lot of rejections occur. You MUST complete the PSLF Employment Certification form annually, and any time you change jobs.  The form is submitted to FedLoan servicing (PHEAA).  PHEAA will tell you if your employment qualifies; how many payments during the certification period were qualifying payments; the total number of qualifying payments you have made; and how many more payments must be made before you can qualify for PSLF.

I sometimes think of Public Service Loan Forgiveness as kind of like the rebates you get when you buy a certain brand of soap.  The rules are seemingly set up so that it is difficult to comply.   Unlike a soap rebate, though, PSLF can amount to huge amounts of savings for borrowers who do it right.  Simply put, 99% of applicants haven’t followed the rules above.

The tragedy is that people usually don’t know their status until they file for forgiveness.   Many financial advisors are ill-equipped to give quality guidance and even loan servicing companies are frequently known to give faulty information to borrowers about PSLF.  If you think you’re on the right track, but aren’t absolutely sure, make a point of checking in.  It’s not the end of the world if you’ve been doing something incorrectly.  Any future ‘correct’ payments will still apply!

PSLF is no lie.  It’s a great program.  Follow the rules and get your loan forgiven – and thanks for your service to the public!