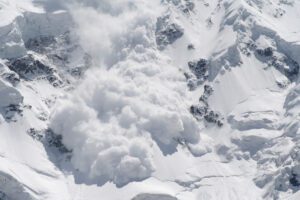 This one will leave the quant guys and gals scratching their heads:

Jeff and Kathy are both in the same exact situation.  They both have two credit cards where they carry the exact same balances:

Jeff and Kathy have the same minimum required payment.  And, both of them have budgeted in to pay $250 / month more than the minimum.

The only difference:  Jeff decides to attack the higher balance ($15,000) card with the additional $250 per month.  His logic is simple:  this card has a higher interest rate, so paying the extra money to that card will get him out of debt sooner.

Kathy, on the other hand, was listening to the radio and a show host convinced her that the way to go would be to put the $250 / month overage onto Credit Card 2, the one with the smaller balance.  The strategy she would use would allocate extra payments not to the card with the higher interest, but rather to the card with the lower balance.

Kathy ends up paying off her debt before Jeff.

Now, my fellow quant geeks before you start pulling out your HP12-C financial calculators to prove to me wrong on this, I’ll let you in on why this is the case:

Kathy kept up with the $250/month extra payment.  She even added a bit to that amount over time, hastening her return to the ‘debt-free’ condition she was in when she entered this world.

Jeff, on the other hand, slowed and eventually stopped the extra payment he was making on his accumulated debt.  That’s what eventually put him behind Kathy on the road to a debt-free existence.

Sorry, I guess that was a trick question.  It does, however, point to a very interesting phenomenon in the area of psychological finance (or financial psychology).  Kathy’s strategy, known in some circles as the ‘debt snowball’ leverages a well studied, and remarkably potent psychological tool.  Small victories and accomplishments early on tend to lend themselves to ongoing improvement.  By paying more money to the account with the lower balance, Kathy was able to enjoy watching the balance come down quickly.   After about a year and a half, she had paid that card off completely.  The gratification tied to that early accomplishment propelled her through completing the payoff on the larger debt.

Jeff, on the other hand, used a tool that some folks call the ‘debt avalanche’.  This strategy allocates any extra payments not to the smaller balance, but to the debt with the largest interest rate.  Mathematically, this should result in a quicker pay-off.  However, if Jeff is wired similarly to Kathy, this may not be the best option.  While Kathy got the psychological ‘reward’ of a paid-off card in 1.5 years, Jeff had to wait over 3.5 years to pay off HIS first card.

If Jeff were a soul-less, completely numbers-driven person, his reward would be in knowing he had been paying off debt in the most efficient way.  That would have driven him to stick with it – and he would have paid his debt off sooner.

But since he was wired more like Kathy, the lack of a short-term reward compromised Jeff’s tendency to stick with the program.  At the end of the day, this may be one of the most difficult parts of paying off debt:  The process takes an immense amount of dedication, commitment and self-discipline.  For most of us, having some tangible near-term reward is going to play a big part in our likelihood of persevering through the inevitable temptations to abandon our strategy.

As advisors, we need to weigh psychological factors in much of the advice we give clients.  A debt snowball payoff strategy that takes a few months longer to complete, but that has a markedly higher probability of being seen through to completion, is a better strategy for some than the faster, more efficient avalanche.  A conservative portfolio that requires more time to reach maturity, but that won’t cause a client to panic and make an early exit, trumps a more aggressive approach.

This doesn’t just apply to finance, obviously.  Other long-term goals like health and weight loss use the same strategy of finding short-term accomplishments to drive this stick-to-it-iveness.

Other psychological factors come into play, as well.  Dave Ramsey, a talk-show host I largely credit for making the ‘debt snowball’ a part of American vernacular, markets his ‘Financial Peace University’ largely through churches.  I can’t think of a better way of driving results than having the mutual accountability of a group of people so socially intertwined.  Weight Watchers comes at their program with a similar tact of making social interaction and accountability a big part of their program.

So, my fellow quant-heads, it’s important that we know ourselves, and what drives us to do what we do.  In the real world, this often outweighs the number on the spreadsheet!