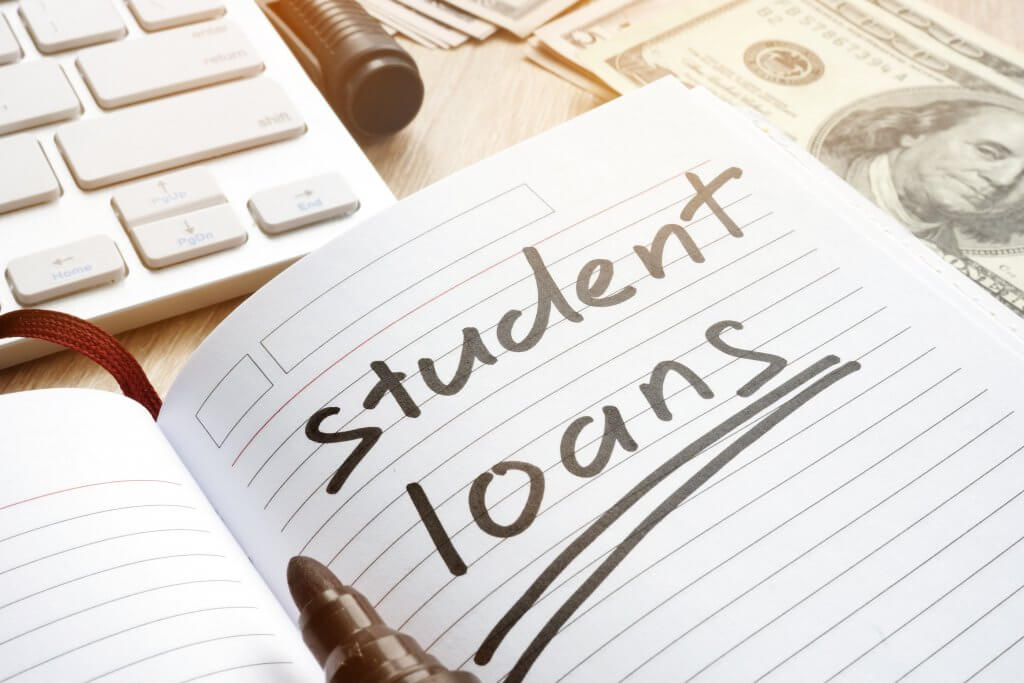 Student loans are a big part of the financial picture for a great many people.  After the current pandemic started spreading in the US, it became clear that fighting the spread of this virus was going to come at a great economic cost, and one of the earliest steps taken on March 13 was the announcement that federal student loan payments could receive forbearance.   Later, on March 27, the “Coronavirus Aid, Relief, and Economic Security (CARES) Act” was passed by congress and signed by the president, and it included a suspension of interest and required payments on all federal direct student loan debt through September 30.  This will be a big relief for those who have qualifying loans, especially if their income has been impacted by business shutdowns and layoffs.

While this is welcome news, there are a number of factors here we need to discuss, from whether YOUR student loans are included here (not all are) to how this impacts longer-term strategies for dealing with student loan debt.

SOME Federal student loans don’t qualify.  Federal Family Education Loans (FFEL) taken before 2010 generally don’t qualify (but some of these loans were subsequently purchased by the Department of Education – and if so, they do qualify)!  Also, Perkins loans, issued by campuses, aren’t included.

NO private loans qualify under provisions of the CARES Act.

To find out what kind of loan you have, the best approach is to go to StudentAid.gov.  Look at the ‘lender’ on your loans – if that shows as ‘Department of Education’, then these loans are covered under the Act.  If it shows a bank name or SallieMae, it likely is NOT treated as a Federal Direct loan, thus not covered under the provisions of the CARES Act.

What do I need to do to get relief on my qualifying loans?

Loan servicing companies may or may not be right on top of the suspension of payments, so if you are in a position where you are truly strapped for cash, some loan experts are recommending that you withdraw consent for ‘auto-debit’ of your loan payments, just to be safe.  Keep in mind, however that if you do withdraw this consent, you may need to add it back later so that payments continue after the suspension period ends on September 30th.

My loan isn’t a Federal Direct loan.  Is there anything I can do?

It is possible to make some of the non-direct FFEL loans qualify by consolidating them under a Federal Direct Consolidation loan. While this can help to qualify for the current suspension, and may make these loans eligible for eventual forgiveness, you’ll want to take into account that unpaid interest becomes part of the loan principal (itself generating interest) at the time of such a consolidation and that the consolidation may result in an overall higher rate of interest.  Also, whether or not you consolidate, consider applying for an Income Driven Repayment plan, and if your income has been substantially lowered as a result of this crisis, request a recalculation of your Income Driven Repayments.

What does this do to my loan forgiveness and my credit report?

From the standpoint of your credit report, payments suspended during the period under the CARES Act will be reported as having been made on time.

There are two basic kinds of loan forgiveness.  One applies to those using qualifying Income Driven Repayment plans, and forgiveness occurs generally after being on these for 20-25 years.  Another program, called Public Service Loan Forgiveness (PSLF), doesn’t track years, but rather a specific number of payments while employed by a qualifying employer, in a qualifying job, on a qualifying type of loan and repayment program.   Loans eligible for payment suspension under the CARES act will still make progress toward forgiveness during the period covered.  The months will still count toward traditional forgiveness, and for people under PSLF up to now, these suspended payments will still qualify as payments toward the 120 total required for Public Service Loan Forgiveness.

Should I continue to make payments even if I don’t have to?

Making payments during the suspension period under the CARES Act will probably depend on whether you are otherwise going to qualify for eventual forgiveness.  Someone who is on an income driven repayment plan and will likely qualify for forgiveness will probably not benefit from making payments during this period, because they’re simply adding to the amount going toward repayment and reducing the eventual loan forgiveness.  They may be better off putting that money toward the income tax liability that will eventually come down the road at loan forgiveness.   Certainly someone on track for Public Service Loan Forgiveness has nothing of substance to benefit from making payments, because the suspended payments are still counting toward their 120 payment qualification and additional payments won’t improve this.

For people who will likely not qualify – those outside of PSLF and with lower loan amounts and relatively higher income – it MAY make sense to continue to make payments.  Given the uncertainty ahead, some of these individuals, who don’t have a realistic path to forgiveness, may use this suspension period as a way to buttress their rainy day fund.  In case of the economy getting back to normal and their not needing extra reserves, they can certainly apply the funds to a loan later on.  It’s important for these people to remember that if they have multiple loans, they will want to instruct their servicer to apply any lump sum to the loan(s) with the highest interest rate, so as to make the best progress toward paydown.

And for those with adequate reserves and reliable income sources, this is a time to keep paying.  Interest is on hold through September, and this is a chance to make those payments go further than they would have prior to the CARES Act.

While the CARES Act was a huge piece of financial stimulus, no one knows how long it is going to take to get through the economic impacts of this crisis.  Stay tuned – there very well may be additional legislation coming down the road to help consumers and borrowers to get through this tough time.