The Secret Life of Munis 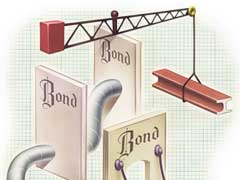 Even though Municipal Bonds are an age-old part of boring fixed-income investing, they are exotic-sounding enough that I think they earn a blog post all their own.

Like with most bonds, Munis are debt instruments.   They are issued by (you guessed it) Municipalities, including states, cities, and counties and they are used to finance the building of schools, roads, stadiums, hospitals, and a wide range of other capital-intensive endeavors.

Are they a good investment?

At their core, municipal bonds act like most government issued debt instruments. The math is basically the same. Check out this blog for some basics around bond math.   However, owing to the Separation of Powers in our federal system, the Federal government doesn’t generally tax states for their projects, as long as they are accruing to the benefit of most residents. Generally, as well, states don’t interfere with the towns, cities and counties that make them up. As such, income from municipal bonds is usually free from FEDERAL income tax. In order for a muni to be state-income-tax-free, it usually must be issued by the state the taxpayer resides in. And sometimes, cities like New York, who assess income taxes on people working in the city, will exempt bond interest on munis issued by the city from this taxation. So, the potential for triple tax-free interest can exist.

Additionally, most ‘Private Activity’ municipal bonds are subject to inclusion in determining an individual’s Alternative Minimum Tax (AMT). While the AMT affects far fewer people as a result of the 2017 Tax Cuts and Jobs Act, it can still be a consideration for someone who has significant AMT income.

Like with other kinds of bonds, a number of risks are present, and the most significant risk is that the borrower (the bond issuer) doesn’t pay back the bond. For the most part, municipal bonds are relatively secure investments. Most issuers meet their principal and interest payment commitments. In 2011, there were $1.06 billion in defaults. This sounds scary, but is actually very small, compared to the $3.7 trillion in outstanding municipal bonds.

Often, the outstanding debt of even some of the more credit-challenged municipalities (recent examples include Detroit and Puerto Rico) is insured by municipal bond insurance companies. When assessing these opportunities, the credit rating of the insurer, not the issuer, becomes the most important consideration.

Not the same for everyone

The Curious Incident of the Muni Bond in the IRA

Back in the days of chalk boards and pencil sharpeners, we were taught as young, aspiring advisors, that there is never a place for municipal bonds in Individual Retirement Accounts. The logic is pretty simple: If you hold an (otherwise tax-free) municipal bond in an IRA, the interest paid simply accrues in the IRA, eventually to be distributed and TAXED at individual income tax rates.

But, there HAVE been times when the indefensible act of turning tax-free income into taxable income has become more defensible.

One of those times was shortly after the Global Financial Crisis of 2007-2008. Municipal bonds at that time were often yielding more than similarly risky corporate bonds. If the yield is higher on an AA rated municipal bond than on an AA rated taxable corporate, the taxable bond will never catch up in yield to the municipal bond (let alone its Taxable Equivalent Yield) and in that sort of case, munis could be considered for income.

Another of these times is right now. Taxable municipal bonds today often have higher yields than similarly rated taxable corporate or US government issued bonds. A large part of this is that likely there is less demand for these types of bonds. Most people who purchase municipal bond mutual funds and exchange traded funds are expecting only tax-free income, so taxable munis are often exempted from these portfolios. The market is a bit thinner for these than for their corporate bond counterparts, all of which creates opportunities for those willing to look.

It makes me swallow hard to say so, but muni bonds may have a place in some investors IRAs! Either way, they are here to stay – a big part of public finance, and a substantial part of capital market investments – so we might as well get familiar!