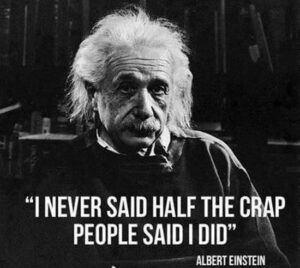 Tax-free income is hard to come by, in a tax system where ALL income, unless specifically exempted, is taxable.  There are some limited opportunities, though, to earn investment income without sharing it with Uncle Sam:  Municipal Bond interest is sometimes earned without federal taxation, and Roth IRAs can provide tax-free income in retirement, while 529 plans afford the same luxury to college (and now, some PRE-college) investments.

That’s why advisors tend to recommend 529 plans as a way of saving for college costs.  And there are no pesky ‘earnings limitations’ for people to be able to participate.

However, for some, there is something that even trumps tax-free income, and that’s plain old ‘free money.’  The American Opportunity Tax Credit (AOTC) is an example of free money.   The IRS will help you to pay for college (in the form of a tax credit), as long as the student:

It’s a great credit, too.  $2,000 of qualifying education costs can receive a dollar-for-dollar credit, with the next $2,000 of costs qualifying for a 25-cents-on-the-dollar credit.  That makes for a potential $2,500 credit per student.  Eligibility for the AOTC begins to phase out at $80,000 of Modified Adjusted Gross Income (MAGI) for single taxpayers, and at $160,000 for married taxpayers filing jointly.  Above $90,000 single or above $180,000 joint MAGI disqualifies the taxpayer from claiming the AOTC.

But here’s the ‘thing’.  You can’t figure the AOTC on the same higher education expenses as you figure your tax-free 529 withdrawals.

Joshua has $14,000 in expenses to attend college, including $10,000 in tuition and fees, and $4,000 in room and board.  Joshua receives a $2,000 tax-free scholarship. His parents qualify for the AOTC based upon their income, and they apply $4,000 of the tuition and fees, maximizing the AOTC (this credit can’t be figured on room and board).  The $4,000 used to figure the AOTC and the $2,000 scholarship combine to reduce the amount of tuition and fees that can be paid for with qualifying 529 distributions to $4,000 – but the 529 distribution can be used to cover the other $4,000 in room and board as well.  If Joshua’s parents paid the full $14,000 in college expenses out of their 529 plan, some of that distribution would likely become taxable.

At the end of the day, the tax credit is going to be a bigger benefit to those who can use it than the tax-free distributions available from the 529 plan.  You can use both strategies in the same year for the same student, but use caution and consult your tax advisor to help you figure the amount you should take from the 529 plan in order to maximize your tax-free benefits.

In the end, being able to take advantage of the ‘free money’ credits along with tax-free distributions on education savings… THAT may be mankind’s most remarkable invention!