What Does Monte Carlo Have to do with Your Retirement? 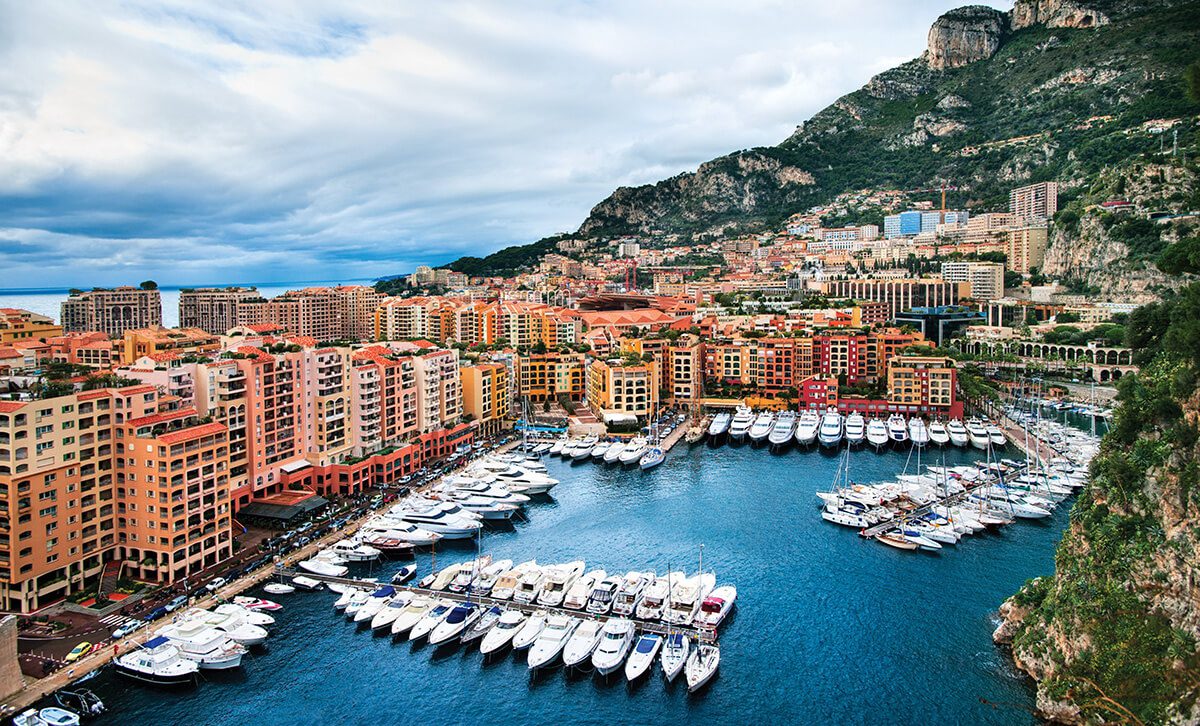 Monte Carlo, a ward in the Principality of Monaco, sits on the French Riviera.  It occupies a mere quarter square mile, and from its perch on the coastal foothills of the Alps, it overlooks the stunning blue of the Mediterranean.  The weather is temperate, only occasionally venturing above the 70s or below the 50s.

We all have an image of Monte Carlo in mind: Formula 1 Grand Prix, the Casino, the “extravagant display and reckless dispersion of wealth”, to quote Encyclopedia Britannica. Boasting some of the highest per-capita income and per-square-foot property values in the world, Monte Carlo is truly a playground for the rich.*

As such, many clients look at me askance when I bring up Monte Carlo as part of their retirement plan.

But before we get to that, let me bring you back about 20 years so that we can examine how most of the industry approached retirement planning:  First, there was a general rule of thumb that said retirement would require 70 percent of pre-retirement income in order to be successful.   Then, there would be an assumption made as to the rate of return on assets, and a projection about the resulting size of the asset base based upon the pre-determined retirement age.  An adjustment for the rate of return in retirement would be made, and other variables, including the date(s) of death of each client and the rate of inflation.  The objective of the plan was simple:  to have money left at the ‘end’ of the plan.  Money at the end was success – and running out before was failure.

That all sounds like a straightforward approach to planning for retirement, but only one thing was bothersome:  EACH of those assumptions (rate of return, inflation, mortality age) was almost certain to be WRONG.  It’s impossible to determine with exactitude how long someone will live, what they’ll get as a rate of return, and what inflation will be over a period of 20 to 40 years.  Even if we assume everything correctly, given an average rate of return, the sequence of those returns can also lead to wide variances in the outcomes.

Given the fact that people were making long-term plans on such faulty assumptions, something had to be done.  The solution: Monte Carlo simulation.

Statisticians and researchers routinely use what they call “multivariate analysis” to study things that vary over time.  Monte Carlo simulation is one such tool.  The name comes from its applicability in determining odds for games of chance.  If I have a $1.00 chip and place it on the roulette table, say on the red box, it’s hard to predict with any certainty how much money I’ll walk away with.  It’s either going to come out a win or a loss of that dollar.  But if I came to the casino with 1,000 $1 chips, and I played the game 1,000 times, I’d be able to predict fairly accurately how much money I’d win (actually, LOSE) over those 1,000 plays.

This comes in really handy in analyzing someone’s retirement.  Using a Monte Carlo simulator, we can have the software come up with a random rate of return** for year one, another one for year two, and so on over the course of a lifetime.  We can then go back to year one and run another simulation for another lifetime.  We can repeat these trials thousands or millions of times.  Once we’re done, we can analyze how many successes we have vs. how many failures occur.  With that information, we can come up with a probability of success.

We aren’t shooting for a 100 percent probability of success in these long-term models.  Actually, we’re usually happy with about 70-90 percent probability.  As long as we continue to analyze this probability level each year, short-term changes in the market are unlikely to significantly change our expectations for someone’s retirement success.  Below 70 percent probability can lead to more significant need to change retirement spending levels if things don’t go as planned.  Above 90 percent is an unreasonably low utilization of retirement assets, and usually leaves a more substantial estate, which isn’t the objective of many retirees.

By actually embracing the uncertainty around so many of these retirement planning variables, we can much more reliably plan for long-term goals like retirement.  Done well, there might be enough to actually include a nice vacation in the south of France in the plan!

*This is what I’ve read, anyway, never having been to Monte Carlo.  I missed my one chance to visit when an insurance company with which I was associated cancelled a ‘top producers’ trip there in 2000, amidst, well, a market crash.  Apparently, they decided such a lavish trip wouldn’t play well with their policyholders and the shareholding public.  Really?  They thought it would be okay without a market crash?  How times have changed…

** These numbers aren’t completely random.  They’re influenced by the variability in returns of specific types of investments.  For example, someone holding a bank account won’t see big swings in their returns, but someone owning a stock may realize huge differences year over year.