What’s Up With the Mortgage Interest Deduction? 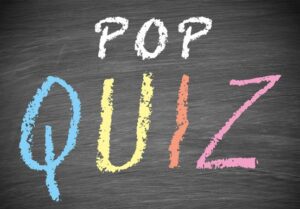 Let’s end this week with a quick pop quiz.

Unfortunately, if you answered “true” or “false” to any of the above, the correct answer to all of them is actually ‘Maybe’ or ‘It depends’.  The new tax law (dubbed the Tax Cuts and Jobs Act of 2017… we’ll just call it ‘TCJA’) included some interesting changes on how interest is treated where it is secured by your home.

Prior to the TCJA, treatment of indebtedness tied to a residence was pretty much the same going back to 1986.   Interest on up to $1 million of mortgage secured by a first or second residence (or, in Maine terms: ‘Home or Camp’) was deductible.  Additionally, interest on up to $100,000 of Home Equity loans (still secured by the home or camp but used for purposes OTHER than to acquire, build, or substantially improve the home or camp) was deductible as well.

Two fundamental changes come about with TCJA.  First, the limit on mortgage balances that qualify for tax-deductible debt is reduced from $1 million to $750,000.  Second, there is no longer deductibility for interest on debt that is not considered “acquisition debt”, defined as debt used to acquire, build, or substantially improve the residence securing the loan.

The TCJA does provide some ‘grandfathering’ of existing large mortgages.  Any holder of a mortgage that was in place before December 15, 2017 can still deduct interest on up to $1 million.  However, there is no grandfathering on existing home equity loans.  Home equity debt that is not considered ‘acquisition debt’ is no longer deductible.

ANOTHER EXAMPLE: Joan and Paul have a mortgage that they took out in 2015 to purchase their new home.  The remaining balance is $800,000.  The entire amount of interest on that mortgage is still deductible, even though the balance exceeds the $750,000 limit on new mortgages after 12/15/2017.

To put it simply, under TCJA, deductibility of interest is not determined by what the debt is “called” (home equity or primary mortgage), but rather what that debt is used for.   A “home equity loan” of up to $750,000 might be deductible if it qualifies as acquisition debt, whereas a “mortgage” might not be fully deductible if not fully used to ‘acquire, build, or substantially improve’ the residence backing it up.

EXAMPLE: Marcy has a $200,000 mortgage at 5%.  She decides to refinance that mortgage with a new primary mortgage at 4%.  Because her house has appreciated in value, her bank gives her a $250,000 primary mortgage, $200,000 of which pays off the first one, and the remaining $50,000 she uses to pay off college loans.  As a result, interest on her new mortgage is only partially deductible, because the $50,000 cash-out doesn’t qualify as acquisition indebtedness.

One last nuance:  In order to qualify as ‘acquisition debt’, the loan must be secured by the property that’s being acquired, built or substantially improved.

In the end, all of the distinctions around acquisition and non-acquisition debt may be moot for the vast majority of homebuyers.  Another dimension of the TCJA is a near doubling of standard deductions, leaving most homeowners in a situation where they won’t be itemizing deductions, anyway.  Probably a point I should have mentioned at the top of this week’s blog, but then you may not have read to this point!