WHO THE HECK IS IRMAA? (And why is she reducing my Social Security check?) 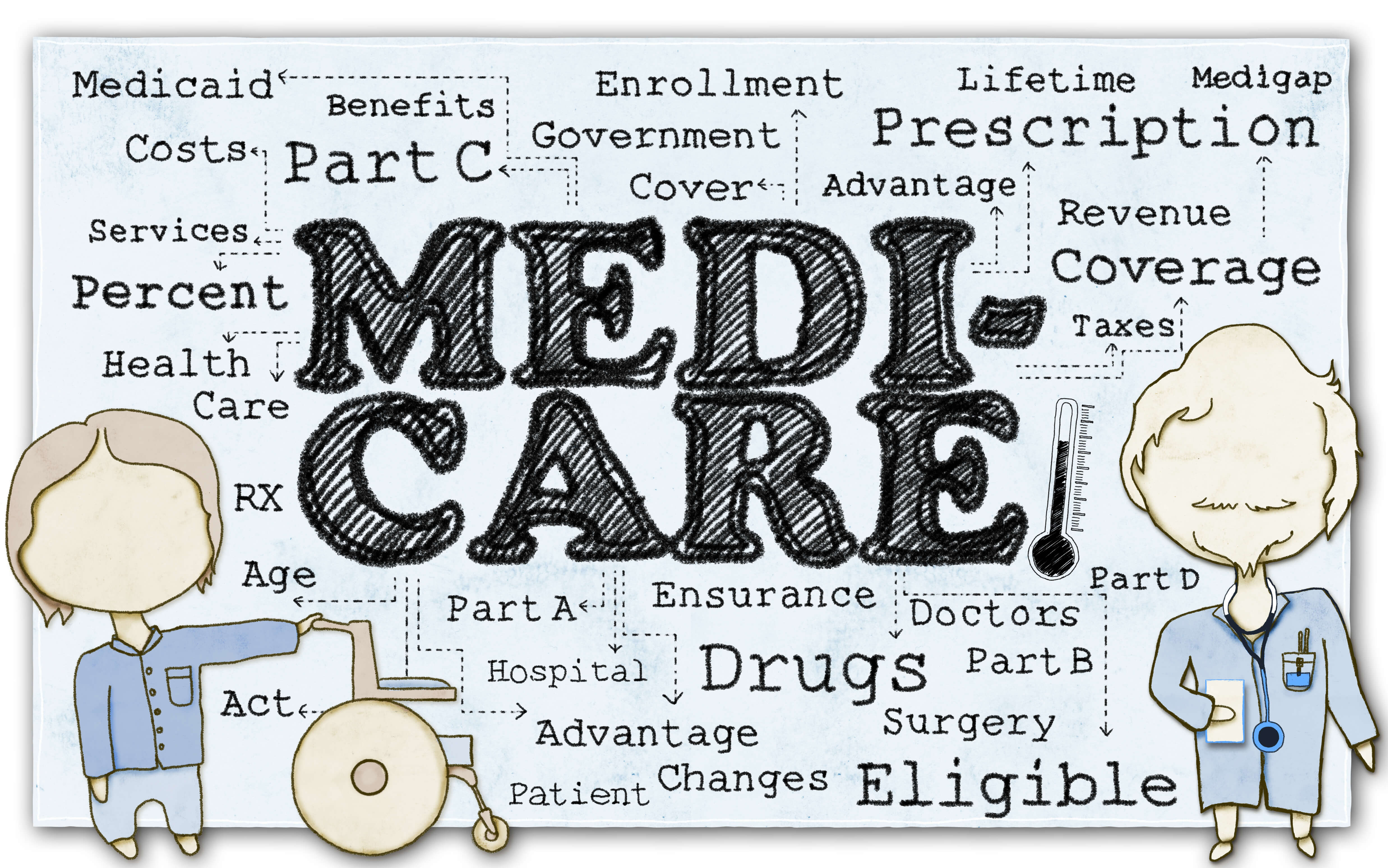 Healthcare costs a lot.  Especially in the US.  And it costs more for people over age 65, who tend to be more likely than the younger population to utilize medical care.  To help with covering these costs, President Johnson signed Medicare into law in 1965.

The Government pays fully for part A (hospital care) but it only pays about 75% of the cost of part B (other medical) and that comes from a 2.9% surtax on earned income.[1]  If you’re employed you pay half (1.45%) that number and your employer pays the other half.  The other 25% is paid by the Medicare participant (you) in the form of a “Part B copay.”

The Medicare Modernization Act of 2003 made two significant changes to Medicare.  First, it created Medicare Part D to provide coverage for prescription drugs (those were not included in either Part A or Part B).  It also dictated that, starting in 2007, Medicare enrollees making above certain levels of income will pay MORE than the 25% copay.  How much more?  For income in 2017, the participant’s share of costs goes up to 80% of the total part B premium cost if above $214,000 (single) or $428,000 for a married couple.  This increased participation in Medicare costs is known as the “Income-Related Monthly Adjustment Amount”, or “IRMAA” 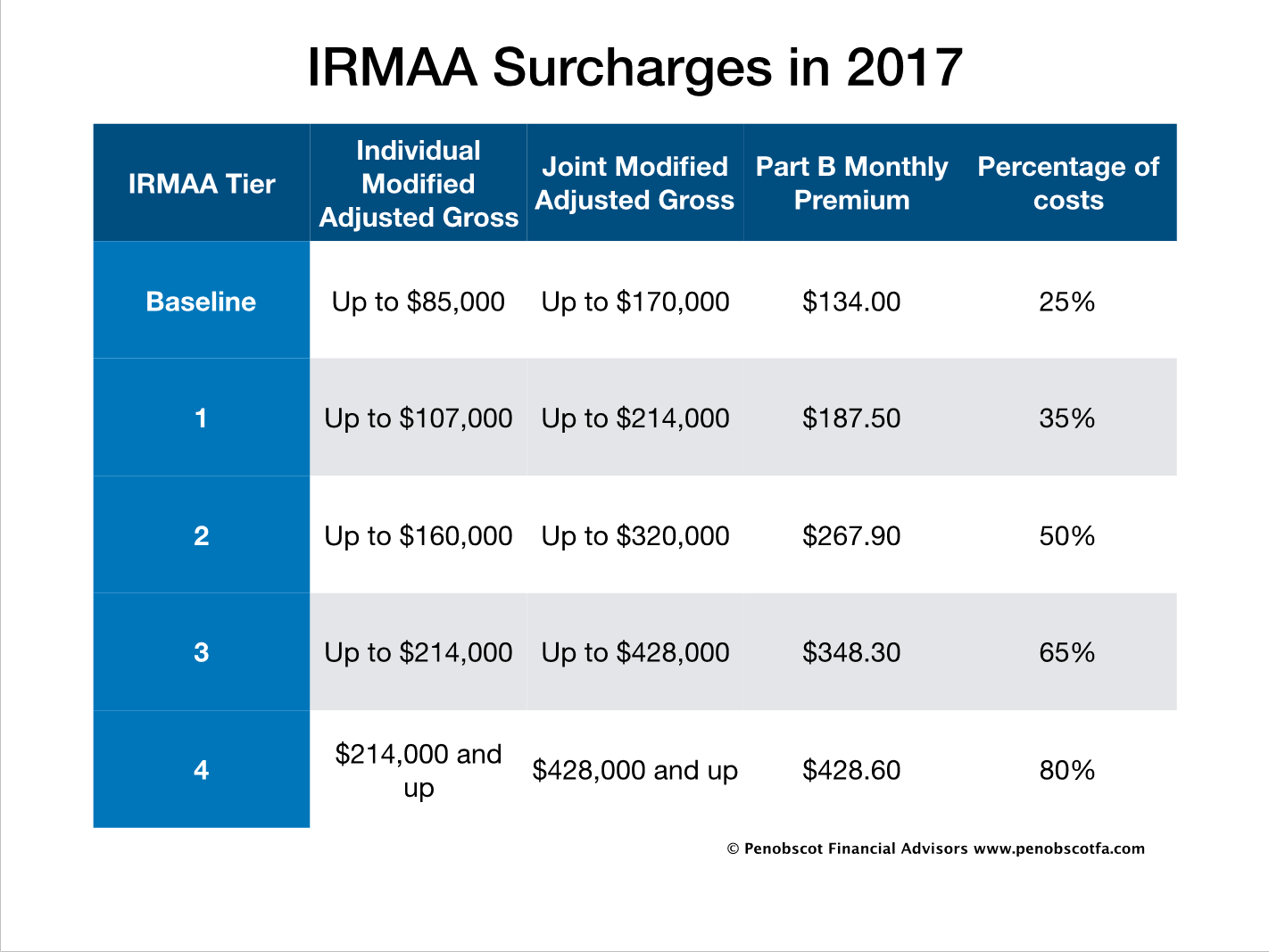 This can sometimes create a surprise for folks who are not expecting the rate increase.  Since the entire surcharge increase happens at a specific dollar level, hypothetically the difference of just $1 of income can raise total annual Medicare premiums by around $1,000!  Additionally, if a taxpayer made extra money in 2017, they’ll report that income on the 2017 return, which they file in 2018.  The data from that return goes to the administration, and they subject the participant to an increase in 2019 (two years AFTER the increased income)!

To make things more interesting, the IRMAA thresholds have changed in 2018, potentially creating higher surcharges for some (although not changing the initial levels where people would first start experiencing the higher premiums). 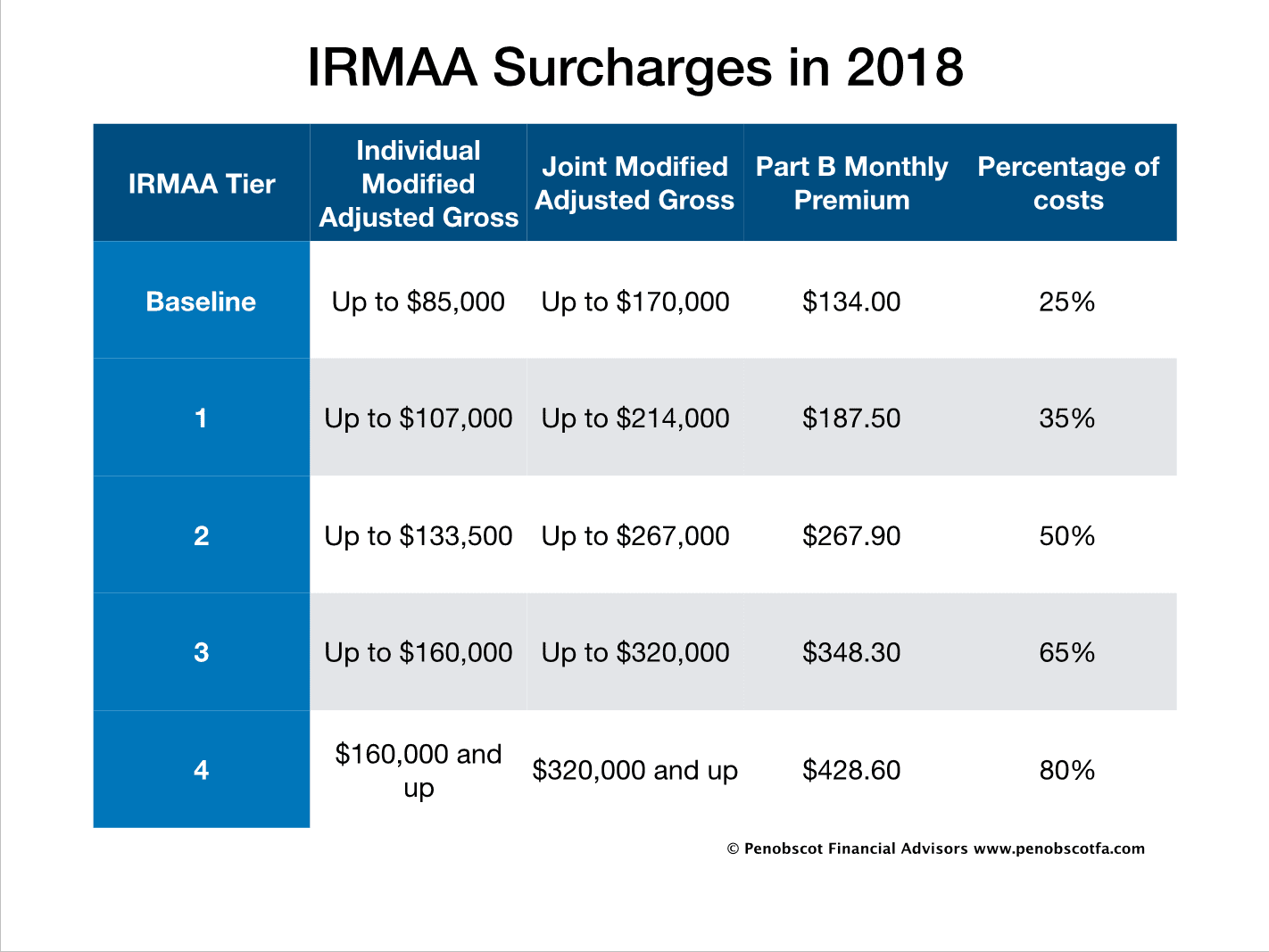 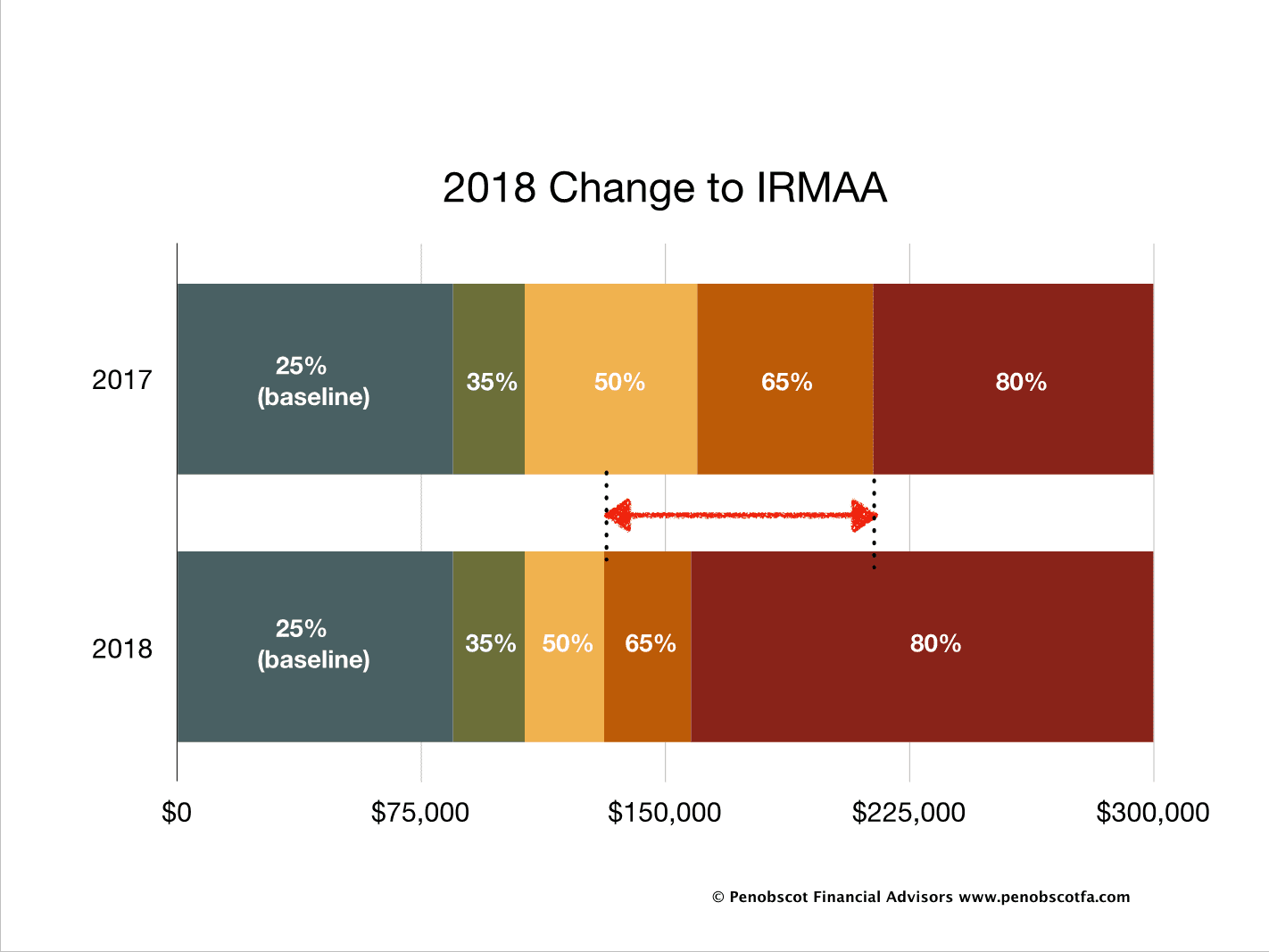 While, for many folks, income in retirement is fairly well defined, the fact is that a sizeable distribution from retirement, the sale of an investment or a property, a Roth IRA conversion or even non-taxable income like that received from Municipal Bonds can push up the Modified Adjusted Gross income (which ultimately dictates whether IRMAA will apply).  As such, it makes sense to carefully plan distributions and sales in advance so that there aren’t unpleasant surprises.

An additional consideration is that in the year you enroll in Medicare Part B (for most, that’s the year you retire and go off of your employer healthcare), you’ll likely have higher income for that year, assuming you don’t retire on January 1.  That income is noticed by the folks at Medicare and can put you into a situation where IRMAA is assessed, even if the income level is below thresholds for the period you’re retired.  In those cases, you will usually need to file for SSA-44 to report that you’ve stopped so that pre-retirement wages aren’t counted in income when determining IRMAA surcharges in the first full year of retirement.

Additionally, certain “Life-Changing Events” can be reported on form SSA-44 to lessen some of the impact of IRMAA in cases where one of the following applies:

A couple of other things:  First, if you pay your Medicare premiums directly from your Social Security check, like most folks, they will simply adjust the withholding for any IRMAA surcharges.  If you don’t receive Social Security, Medicare will invoice you for the increase.  Also, for folks who utilize Part D, there are also increases to the cost of that coverage, using the same brackets as with the part B copays.

Pay close attention, and you may be able to keep IRMAA out of your budget!