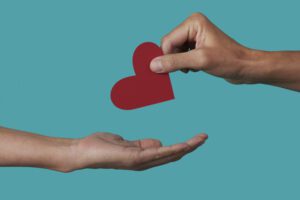 Historically, the holiday season has been one where people focus on charitable giving.  Studies show that about 2 out of 3 Americans take part in charitable giving, with a total amount approaching nearly half a trillion dollars overall.  December is the month where most giving occurs, and while taxes are often thought of as a primary driver for giving, most donations are spurred by reasons other than tax breaks.[1]

Inevitably, though, most people are interested in the tax benefits that result from their philanthropy.  But the truth is that these benefits are a lot more elusive since the passage of the 2017 Tax Cuts and Jobs Act (TCJA).  The TCJA increased the “Standard Deduction” and substantially limited the ability for taxpayers to itemize their state and local tax expenses and to deduct them from their taxable income.  Also, a lot of previously deductible expenses are simply no longer eligible for deduction. The result was that around 9 out of 10 taxpayers took the standard deduction after the passage of the TCJA, leaving them unable to itemize charitable deductions and essentially eliminating the tax benefit from their charitable giving.

Fortunately, despite the loss of tax incentives and a mammoth economic shutdown, 2020 marked the largest surge in charitable giving ever.  And despite challenges created by the TCJA, it turns out there are indeed ways nearly everyone can access tax benefits as a result of their charitable giving!

The CARES act came to the rescue in several ways when things were looking most bleak in the spring of 2020.  One item that survived the final version of the act was an ‘above the line’ tax deduction that individuals could take, even if they weren’t itemizing their deductions.  Unlike most provisions in the CARES act, this incentive didn’t have a specific ‘expiration date’ attached to it, leaving it open-ended in the tax code.  The amount of this deduction was $300, and for the 2020 tax year, that limit applied both to single filers and married people filing joint returns.  This apparent ‘marriage penalty’ (giving a non-married couple the ability to deduct more than a married couple) was resolved in the 2021 tax year, and married couples can now double that $300 for a total of $600 if they aren’t itemizing deductions.

The CARES act limits the above the line deduction to CASH donations (so you can’t take it for gifts of goods or services), but it also enhanced the amount of cash deductions one could take if they were itemizing.  Prior to the CARES act, there was a limit of 60% of income that could be taken as a deduction.  The act increased that to 100% of income (with any amount of excess being allowed to carry over to future years).

For a lot of people, this means they can now get tax deductions for their giving, even if they never had been eligible for a tax break prior to the TCJA.

After passage of the TCJA, a large number of taxpayers were left without the ability to itemize some or all of their charitable contributions, because in total their itemized deductions were less than the standard deduction.  Some donors sought to remedy this by ‘lumping’ a more sizeable amount of charitable giving into one year, thus putting themselves into a situation where they could deduct more of their donations from their taxable income.  However, they didn’t want to just give a more substantial amount in one year only to ‘stiff’ their charities in the following years.  Donor advised funds (DAFs) create a way for these individuals to accelerate their deductions for charitable giving, while still being able to stretch these gifts over numerous years.

DAFs are themselves qualified charities who simply hold and invest assets for individuals and couples who are interested in this.  Often, they are set up to make annual donations easy to process at the instructions of the original donor.  As an additional benefit, gifts into a DAF (or to any charity) of appreciated securities can avoid capital gains taxation.  Some DAFs even accept digital currency, like Bitcoin, which can be paid directly to the fund, again alleviating the responsibility of the donor for paying the capital gains taxes on appreciation of these assets.

Example:  Pam gives $2,000 per year to charities, usually taking that amount from an investment portfolio she owns. After passage of the TCJA, Pam lost the tax incentive from her charitable gifting because her State and local tax deductions became limited to $10,000, putting her total potential itemized deductions at $12,000, short of the $12,550 standard deduction for 2021.  Pam’s advisor recommended that she move $10,000 of highly appreciated stock from her investment portfolio to a Donor Advised Fund.  By doing so, she can itemize $20,000 in tax deductions.  She will avoid having to pay capital gains tax on the appreciated securities she donated, and over the next five years, her $2,000 contribution (plus any growth that occurs over that time) can come from the donor advised fund instead of her regular investment portfolio.  By ‘lumping’ her deductible donations into one year, she gets to deduct the contribution in the first year, while making the same annual donations to the charities she supports over the coming years.

It’s important to point out that, while the amount of cash charitable contributions that can be deducted has risen to 100% of income, the limit is more restrictive when contributing to a DAF.  Folks should check with their tax advisor before making a substantial DAF contribution.

For taxpayers over the age of 70 ½, there’s another tax-efficient way of contributing to charitable organizations.  Qualified Charitable Distributions (QCDs) are donations made directly from an individual’s IRA to a qualifying charity.  While IRA distributions are normally taxed as income, distributions made directly to a charity can be excluded from income, up to $100,000 per taxpayer per year.  This can be an especially helpful resource for individuals who are subject to Required Minimum Distributions (RMDs), who want to limit the tax impact of taking money from their IRA.  Importantly, this only applies to IRAs (not 401(k)s, 403(b)s, or other tax-deferred plans).  And the money must go directly from the IRA custodian to the charitable organization, not through any other accounts along the way.  Many IRA custodians will make checkbooks available to IRA holders so that they can make these contributions during the year!

We hope you’ll take some time this holiday season to think about organizations you can help.  Take some time, do some research, share the love and (hopefully) get some tax benefits as well!