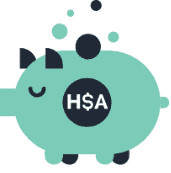 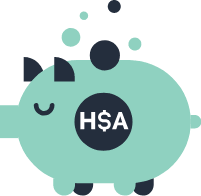 Fifteen years after they were rolled out, Health Savings Accounts (HSAs) remain one of the least understood tax-advantaged savings vehicles in existence.  They came into being as part of the 2003 Medicare Prescription Drug, Improvement and Modernization Act, signed into law by President George W. Bush.  These plans allow certain people to save money through tax-deductible contributions.  Estimates are that over 23 million of these accounts exist in 2018.

Participation in an HSA requires a few things.  First of all, an employer must offer it (although this has become more and more the norm over the past 10 years.)  Beyond that, a participant in an HSA must:

Examples of qualified medical expenses include:

HSAs are limited by some common misconceptions.  One of the most frequent is the idea that the assets deferred into an HSA need to be spent during the year of contribution, lest they be forfeited.  This is simply a case of mistaking an HSA with an FSA (flexible spending account).  The latter has been around longer, still exists, and does contain a ‘use-it-or-lose-it’ requirement.  But, HSAs don’t have any such provision.  You can contribute to an HSA each year, not spend assets and just continue to watch them grow. They won’t be forfeited! A growing number of HSAs have not only a savings component, but also allow for investment in securities, just like IRAs.  To sweeten the pot, more employers are making HSA contributions for their employees, although interestingly, this growth has occurred mostly in smaller employer plans.

A second misconception is that the assets in an HSA must be used for qualifying medical expenses.  While the use of the assets can impact the taxation (and potential penalties) of the distribution, how a person uses their assets is entirely up to them.   Distributions at any age are tax-free, provided they’re used for qualifying healthcare expenses.  Distributions for any other reason are taxable – and taxable distributions prior to age 65 are subject to an additional 20% tax.

That is where these accounts are really special!  There really aren’t many opportunities to both deduct contributions to an investment AND take them out later, tax-free!  Traditional IRAs may have deductible contributions – but they are taxed on distribution.  And Roth IRA distributions may qualify for tax-free treatment, but you don’t get to deduct them on the way in.  HSAs really have a component of having your cake and eating it, too!

Even if the HSA balances aren’t used for medical expenses in retirement, they still get tax-deferred growth until they’re taken out, putting them at least on equal footing with most any other retirement savings vehicle.  AND – even in those situations where no allowance is made for qualified withdrawals, they still beat other tax-deferred retirement accounts, because they aren’t subject to Required Minimum Distributions, and are able to exploit tax-deferred growth for longer periods.  When an account owner dies, a spouse can inherit the HSA without immediate taxation, and a non-spouse beneficiary can inherit the assets after taxation (but without penalty).

HSAs aren’t completely without controversy.  Some argue – and I agree – that more emphasis should be put on making good preventative healthcare affordable to all, particularly those ill-equipped to afford it.  The benefits of HSAs, given their lack of income restrictions, are largely afforded to higher income earners.  But, they’re here – seemingly to stay – and prudent retirement investors should certainly use them accordingly!