An uncle’s guide to education savings.  (Grandparents, you can use this, too) 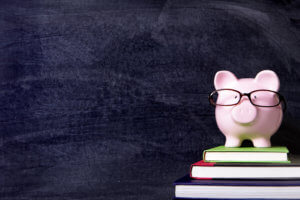 I have a mild and manageable amount of guilt about this.  In the short term, my siblings have burdens I don’t.  But, in the long term, they’ve got a built-in network of offspring, morally laden with the obligation to at least look in on them from time to time in their golden years.

Still, I’d like to offer some type of help in the tuition department.  You never know: paired up with the occasional birthday check, it might buy me a few more niece and nephew visits down the road when I’m in MY convalescence.

Providing tuition assistance to someone who isn’t your kid should be pretty easy… and for those who, like me, are trying to add just a little sweetener to already established parental schemes, it shouldn’t take too much fancy planning.  But for the aunts, uncles, and grandparents of college students who are trying to make a substantial contribution, some planning may be necessary.

Two things that can get in the way of such strategies are:  Gift taxes and Financial Aid implications.

GIFT TAXES apply to situations where money is gifted from one person to another.  There are some exceptions to this, and they include paying for the care and feeding of dependents.  So, these generally don’t come up when a parent is paying toward the education of their dependent child.   It’s where people other than the parents start kicking in money that the issue of gifting and the resulting tax implications come up.  You can click here to go into more depth on the topic, but anyone can gift anyone else up to $15,000 in 2019.  Beyond that amount, gift tax returns will be required, and gift taxes may have to be paid.

FINANCIAL AID ELIGIBILITY is determined largely through two sources, mostly depending on the college or university.  In the case of the Federal Methodology, the Free Application for Federal Student Aid (FAFSA) needs to be completed and for institutions (largely private) that use an Institutional Methodology, most collect their data on the College Board CSS Profile Form.  Both of these forms collect data on parental assets and income and student assets and income, and use these factors in determining an expected family contribution.  This ‘EFC’ is subtracted from the cost of attendance at the institution to determine eligibility for various grants, work-study programs, and favorable loans.

There are a vast number of ways grandparents, aunts, uncles and other non-parental benefactors can actually contribute to the student’s education costs.   Let’s cover a few of those:

GIVE THE MONEY TO THE STUDENT

In this scenario, gift taxation arises as an issue (if the gift exceeds the annual exclusion). A more significant issue, though, is that the money is now considered the child’s ‘resource’.  Depending upon the institution, this can result in a dollar-for-dollar reduction in financial aid resources.  Plus, being a completed gift, it is now the student’s to use for whatever purpose they  Usually this option lives at the bottom of the ‘desirability’ scale.

GIVE THE MONEY TO THE PARENT(S)

The same issues arise around gift taxation, but since the gift is considered either income or a resource of the parents, the impact on the financial aid generally won’t be as big as if the child received the assets. And if the FAFSA is being used, there may not be any impact at all on the financial aid formula.

A non-parent can certainly pay the tuition bill directly to the institution. One of the benefits here is that this escapes gift tax limits.  Grandma and Grandpa can pay a really big tuition bill, as a result, without having to worry about the impact, but this probably will impact financial aid eligibility.  The institution receiving a check from someone who is neither the student nor his or her parents can easily identify this as a resource coming from outside, and this can impact financial aid.  Often, in the case of high-net-worth families, the financial aid equation isn’t really a big deal, and this solution is the most tax-efficient and simple.

Non-parental relatives have a good ally in the 529 plan. First, the issue of gift taxation is at least partially solved where 529 plans are involved.  This is the case because Section 529 regulations allow for the ‘front loading’ of five years of gifting into the plan.  So, in 2019, a grandparent could put $75,000 into the 529 plan for a grandchild, and not be subject to any gift tax reporting.  Additionally, the assets are not included in either the parents’ or the student’s disclosed assets on either the FAFSA or the Profile form, so assets in the 529 plan don’t work against financial aid awards.  However, when assets are paid out of the 529 plan, they do count, generally, as income to the child, disclosed in the year received.  One strategy, close to my heart, is to plan on covering some of the later tuition bills in the students college career.  By waiting until after the senior year, FAFSA is completed (usually in the first semester of the Junior year), and the distributions from the 529 after that will generally not figure into the financial aid equation.   Also, tax treatment of assets that have appreciated, coupled with in-state benefits on some plans make this an especially attractive option for relatives (or non-relatives) who want to put money aside over time.

PAY OFF THE LOANS

One more option would be to have the student take on some Federal student loan debt during their education, and to pay the debt off for them after graduation. This is attractive, because it clearly does not impact financial aid eligibility, and gives the benefactor the ability to see that the education goal is actually completed before funding.   Between the ability to have some of the interest subsidized during the period where the student is in school, and a six-month deferral period thereafter, this can often be done without significant financing cost.  Additionally, if the student opts into a qualifying payment option, the ability to have some of the payoff forgiven also exists!

With proper planning, we the kid-less have a wide range of opportunities to ingratiate ourselves with nieces, nephews and grandkids – without creating tax  headaches, and potentially without having aid eligibility work to dilute our contributions.   Carefully implemented, we’ll have device tech support for the remainder of our lives!