Knowing when it’s time to retire. 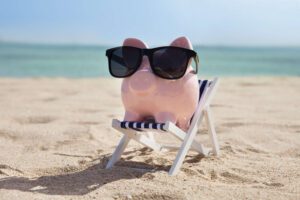 As I write this, I’m just one year away from retirement age.  Or, maybe 25 years.

At the ripe old age of 53, I’m within a year of my father’s retirement age.  Retiring at 54 requires a special mix of a lot of factors, a number of which don’t necessarily apply to me.  As a teacher, dad was in a retirement plan that provided extra credit for his two master’s degrees and military service.  Both of my parents are very thrifty (a trait I somehow missed), and my father worked hard from his days sorting packages at the UPS facility through his teaching career, most of which included a second job.   Coupled with my mother going to work in her late 30s, they managed to put four kids through college. At age 54, my father had written the final check to Fairfield University, where my youngest sister was entering her senior year.

But there was another, more pointed, reason why he retired at such a young age.  It was TIME.  He’d had plenty within the work environment.  It wasn’t fulfilling.  He was clinically depressed.  In the next 25-plus years, taking care of his elders and 8 grandchildren became his calling.  He needed to retire, his thrift had made it possible, and I believe strongly that the decision saved his life.

As a counterpoint, my mother finds seemingly unlimited fulfillment in the workplace.  Forty years into her career of nursing and volunteering (she still does 12-hour shifts with the local volunteer ambulance corps, while doubtlessly putting in 40+ hour workweeks), she shows no sign of hanging it up.  At 77, retirement is out of the question.

Much of the planning we do as advisors falls into a regimented protocol of the grand finale at somewhere between age 65 and 67 (maybe because that’s what the Social Security Administration refers to as ‘Full Retirement Age’?).  And, looking back, a substantial percentage of my retired clients did so at an age pretty close to that range.  I do wonder, however, if there might be a better way of approaching the decision of ‘when’ to retire.  At times, I encounter situations where someone who could financially swing retirement keeps on working to reach such an arbitrary number.  Others, I’ve found, feel obliged to quit at just the time when their satisfaction and comfort in their work is at a peak, only to feel a bit lost in their post-retirement years.

One exercise I like to put my clients through, I refer to as “What’s this next year of work going to buy you?”  Assuming we’ve got a good handle on the household spending and budgeting (and we usually do), and assuming we have the ability to project a safe spending target that lines up with these budgets (which we do through something called Monte Carlo Simulation), we’ll consider someone to be financially ready for retirement.   At that point, say someone is age 60, and we’ve checked off all of the boxes on their financial ability to retire.  I like to run a retirement simulation for age 61, and back into the budget they could have if they worked another year.  Then, we break that down into a monthly number.

Often, the number that gets added to the spendable budget for another year of work is less than what was expected.  I’ve had clients, ready for retirement, slowly killing themselves to remain in a job they’re happy to be done with, but hesitant to ‘pull the trigger.’  Once we figure the amount they would be adding to their ‘sustainable spend’, they’ve said “that’s all I’d add to my budget by staying here another year??  I’m done!”  Those people do extremely well in retirement.

On the other hand, someone more like my mom might also benefit from that activity.  Each additional year of work will add up to x dollars of additional spending.   Instead of feeling awkward about working for so long, they can use this information to instruct how much more they add to the vacation fund, the ‘spoil the grandkids’ fund, or any other thing that makes those additional years hanging out in the employee pool that much more meaningful.

I’ve noted over time that this additional budget amount per additional year worked tends to go down as one gets older.  There are some obvious reasons for this.  One is that, for each year worked, there’s probably one year less of retirement that has to be covered.[1]  From a statistical standpoint, since we are dealing with additional years, the variance will be larger for folks with a longer lifespan, widening the gap from year to year.   Additionally, for most folks, each year before age 65 that one retires is another year where healthcare insurance expenses need to be covered largely out-of-pocket, rather than supplementing Medicare, so the further before age 65, the larger the retirement budget jump becomes each year.

For younger folks, it might make sense to consider a retirement “range”, and to start that range at the age where the barest of minimum living standards can be maintained.  Each year up to that age, retirement is off the table, but starting at that age, the question can be asked each year: “What is the next year of work buying you?”

Having the ability to answer that question each year will lessen the probability that someone retires too early OR too late.  The year they’re ready to make the transition out of paid work can be the exact year they make that transition.

Going through that very exercise today, I can say confidently I’m not ready to retire.  I have too much fun with my work, and frankly, I wouldn’t be able to support some of my more expensive hobbies if I retired today.  But sometime over the next 25 years, I suspect that answer will change.

[1] Actually, I’d argue that for those stuck in a job they hate, each year worked removes TWO years from retirement because of the shortened lifespan of folks who ‘work themselves to death’.