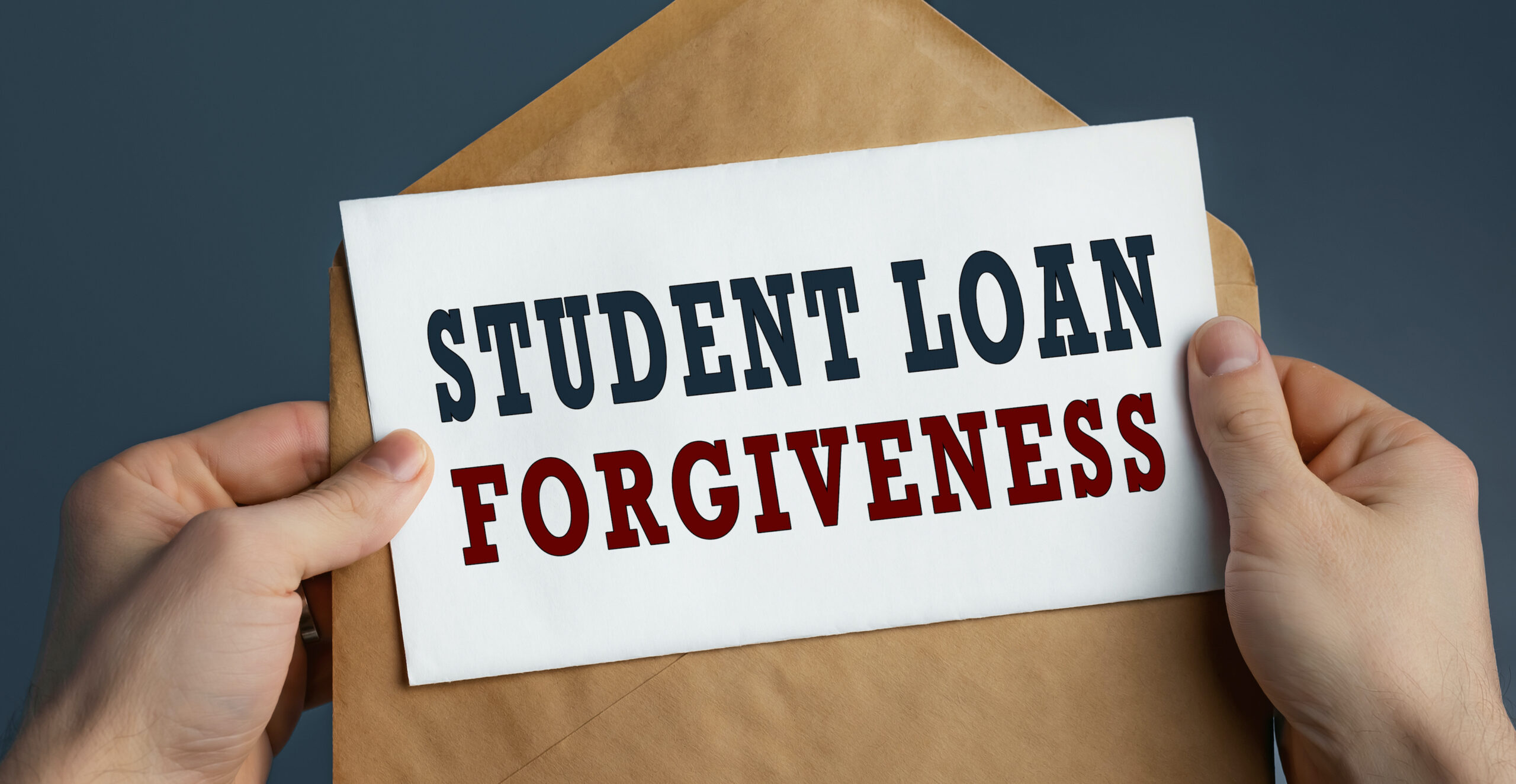 Federal student loan programs have had forgiveness built-in for a while now, but forgiveness takes a long time.  The standard period for most loans to receive forgiveness is 20-25 years.  Standard payoff plans for federal student loans are 10-year paybacks, so these would obviously not be helpful.  However, there are a several “Income-Driven Repayment” (IDR) plans available that can extend payments for a much longer period.

Borrowers angling for standard forgiveness programs need to consider the cost of interest over such a long period of time, along with the fact that standard loan forgiveness is a taxable event.  For most of these borrowers, the answer to “should I try for forgiveness?” is “It’s complicated”.

Public Service Loan Forgiveness – A Better Deal (if you can get it!)

Public service loan forgiveness (PSLF), however, is often a better deal, for a couple of important reasons:

The rules for Public Service Loan Forgiveness have always been very strict.  Applicants for PSLF need to prove that they’ve made the:

Public Service Loan Forgiveness was passed in 2007, so the first applications for this forgiveness were processed in 2017.  Especially early on, though, most of these applications were not approved.  The most common reasons for rejection were:

Overhaul available – FOR A LIMITED TIME!

The frustration expressed by the large number of borrowers who were denied Public Service Loan Forgiveness has been heard in Washington DC.  To address situations where confusion and loan-servicing issues have resulted in denied applications, the US Education Department in October laid out a waiver of some of the rules until October 31, 2022.

During this period, the Education Department will review previously reported payments for the following:

While most qualifying borrowers will see the updates to the number of qualifying payments automatically, they will still want to complete the application for Public Service Loan Forgiveness even if they’ve already applied in the past.

Also, keep in mind that this waiver only applies until October 31, 2022.  Anyone still working toward Public Service Loan Forgiveness beyond that point should make sure that they have consolidated any FFEL or Perkins loans under the Federal Direct Loan program for payments after that date to be counted.  Also, if you are not under one of the four qualifying income-Driven Repayment plans, you’ll need to file to change your repayment plan for future payments to continue to count toward your 120 minimum.

Importantly, private student loans do NOT qualify for forgiveness.  Even if you had an otherwise qualifying loan program while employed for a qualifying employer, if you refinanced those loans under a private lender, they are not going to qualify for Public Service Loan Forgiveness.  However, if you were previously denied PSLF and have decided to refinance your loans privately to take advantage of lower interest rates, STOP!  You may yet be eligible for forgiveness!

This waiver will likely impact the eligibility of hundreds of thousands of federal student loan borrowers.  If you’re one of them, the time is NOW to make sure you’re best poised to benefit from this new program.