Will your taxes really be simpler this year? 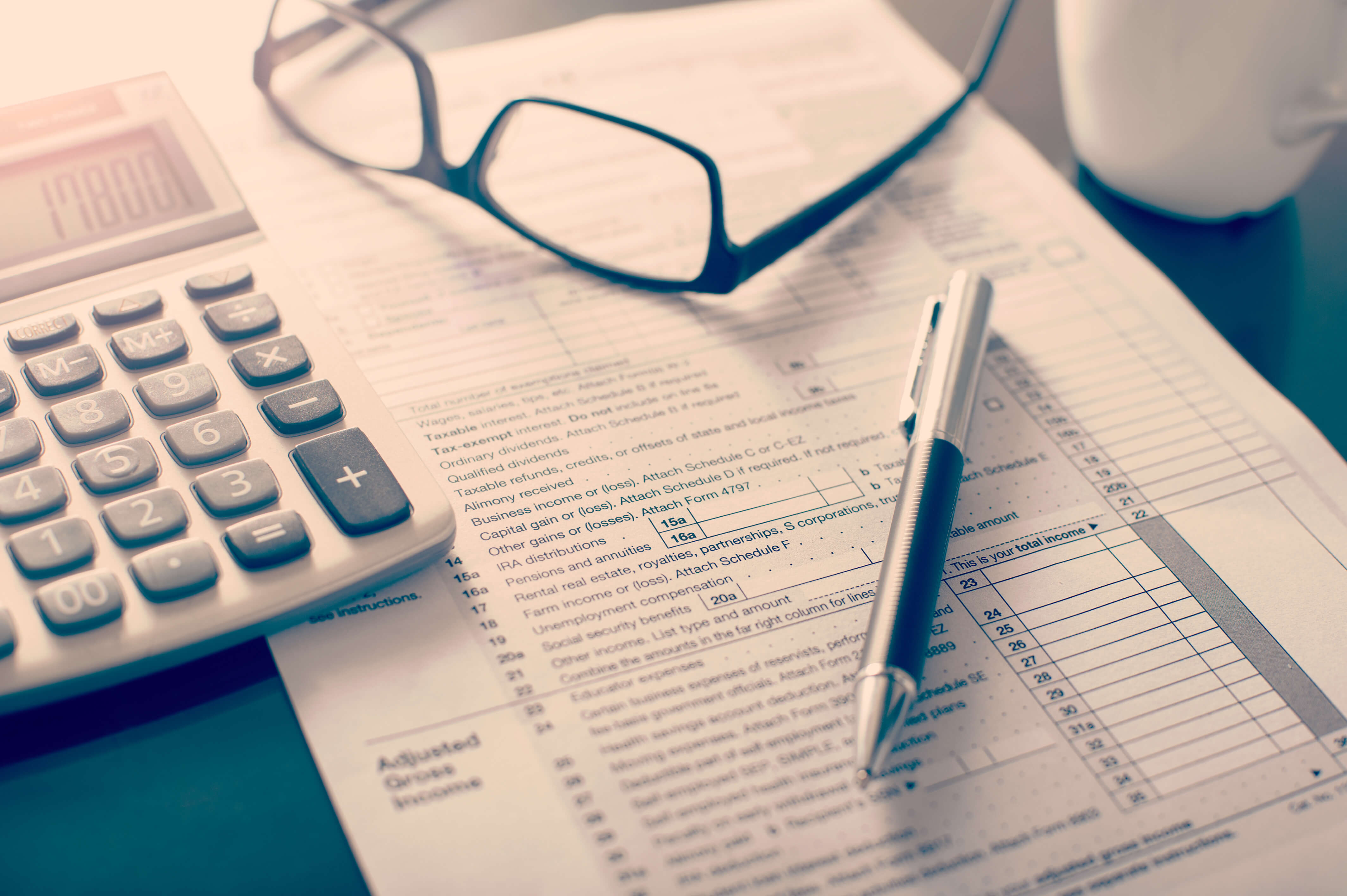 The Tax Cuts and Jobs Act of 2017 (TCJA) was only the fifth major change to the US tax code since the Internal Revenue Service started collecting taxes on income, early in the last century.  Now that it’s 2019, we’ll actually get to see the new tax code in action.

At first blush, just looking at the new tax form, it appears that the objective of simplification may have been met! 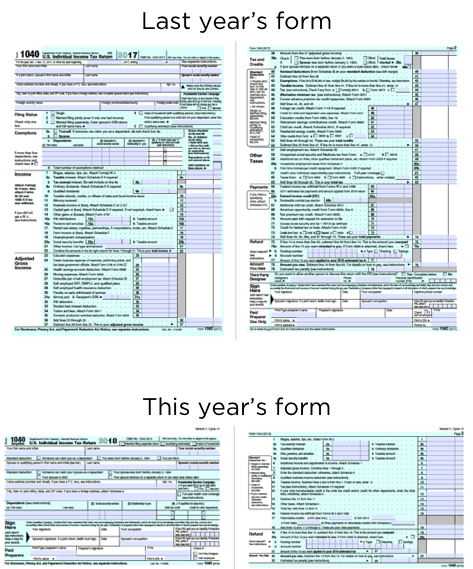 The first thing that came to mind when I saw the new form was:  Why not just have it on one page?  It’s half the size of the former tax form.  Why not halve the number of pages, as well?  I suspect that the stunning look of half of each page being stark, blank white is a more marketable way of messaging that you’re simplifying something than simply cutting out a page.  Another thing that comes to mind is that, if printed on both sides, it’s roughly the size of a post card, moving toward fulfillment of a talking point some in DC were throwing around.

Either way, half the size must mean twice the simple, right?

Maybe not.  First of all, a number of the lines on the original 1040 form still exist – just on other forms and schedules that will need to be submitted with this smaller form.  Secondly, the instructions for the 2018 tax form are 117 pages long.  That’s 10 pages MORE than the 2017 form.

In practice, I think the preparation of 2018 tax returns will take less taxpayer time than last year, for one reason:  FAR fewer taxpayers will be itemizing deductions because of the new, higher standard deductions and limits on the deductibility of State and Local Taxes (SALT).   Importantly, these alone don’t necessarily result in a lower tax obligation, largely because of the new SALT limits and the elimination of the personal deduction – but most taxpayers should see a lower tax bill.  The lack of a personal exemption most affects families with children, but expanded child tax credits more than offset this.

Undoubtedly, one of the LEAST simple things about the new tax code applies to small business owners.   To understand the logic behind The Qualified Business Income Deduction (QBID) it helps to look at the whole tax code.  While providing some (mostly minor) tax relief to most individuals over a period that goes through 2025, the TCJA provided a huge tax break for corporations, who saw their tax rate go from 35% to 21% (permanently).  Trouble is that MOST U.S. businesses don’t pay taxes at the corporate level.  Rather, the earnings “pass through” to the business owners and are taxed on their individual tax forms, where tax cuts weren’t nearly as generous.

The QBID helps to remedy some of the disparity between corporate and individual-level tax treatment by allowing business owners, regardless of whether the business is an S-corporation, partnership, LLC, or even a sole proprietorship, to deduct 20 percent from their business income.  This can become a very complex issue and one that has finally received some clarification from the IRS.  One issue is that there are limits on this deduction for higher-income earners, particularly those whose businesses are called ‘Specified Services’.  These include doctors, lawyers, actors, athletes, and (sigh) financial advisors.  Also, even for people who aren’t in specified service businesses, higher earners have limits on this deduction based upon company salaries and capital levels. 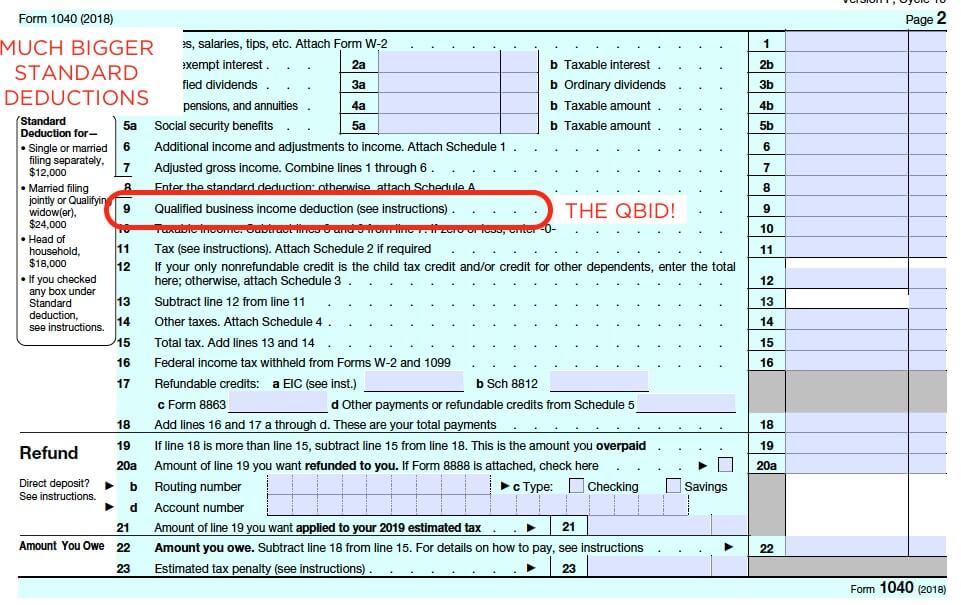 So, at the end of the day, if you’re not highly compensated, and if you don’t fall into a small category of people with mortgage interest or charitable contributions that are large enough to warrant itemizing of deductions, the new tax law – the one that you’re putting documents together for right now – is likely to be SLIGHTLY more simple.

And, it might even save you a few bucks over last year.